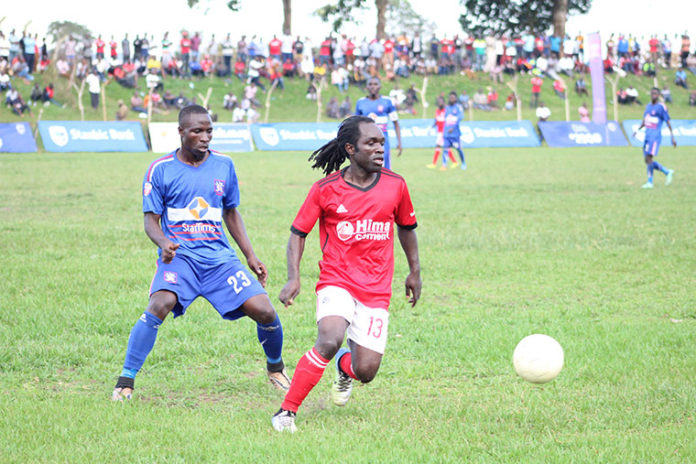 For years, Ugandan football had a variety of potential local club rivalries, all of which rode on the historical VEK (Villa, Express, and KCC) oligopoly. For generations, players battled for the pride of their badge in these fixtures; (then) KCC against Express, SC Villa against KCCA, and obviously none bigger than Express versus SC Villa.

Now, all those games, while still present on the Uganda Premier League (UPL) fixture list, stand almost forgotten. The fixture that matters is the one between KCCA FC
and Vipers SC.

Last weekend as the two sides went head to head in their first tussle of the Star Times UPL this season, a capacity crowd was on hand to welcome them at the St Mary’s Stadium in Kitende. Vociferous fans clad in their respective teams’ jerseys started cheering even before kickoff, creating an electric atmosphere and demanding nothing from players but spirited play and bragging rights. There is no question this fixture is becoming the most prestigious and Ugandan football’s new ‘derby’ – and here’s why:

For the past five seasons, the UPL title has been exchanged between two clubs only, with KCCA winning it three time and Vipers twice. Last season the encounters between the two sides had all characteristic of a grudge match. This saw Vipers overpower KCCA in Kitende to claim the UPL title. KCCA responded by halting Vipers attempt at a double as it defeated them 1-0 in the Uganda Cup before also seeing them off on penalties in the Super Cup at the start of this season. If there is any number of clubs to challenge for domestic trophies at this
time, KCCA and Vipers are the first two clubs on that list.

“I can no longer miss a game between my team Vipers against KCCA. It’s the most exciting
in the league,” one fan stated. Former Proline coach and ex-KCCA player
Mujib Kasule said that the rise of the KCCA-Vipers derby had something to do with slumps at both Villa and Express.

“We all know the problems SC Villa and Express have been facing. Their administration lost vision.

“And about the fans, these clubs have been relying on fans they recruited in the 70s, and now at this time most of them have died, aged or even concentrated on other activities,” Mujib said, adding that the clubs must go back to the drawing board and rebuild their fan bases.

For KCCA’s publicist Moses Magero, it is about the two sides having the best squads in the league for the past three seasons, as evidenced by the national team call-ups. Both sides regularly contribute three or more players to Cranes squads summoned for major engagements. This, according to Magero, is one of the reasons this fixture always
sees the highest caliber of football on display, drawing fans back. Plus, it sets the
competitive tone.

“KCCA players believe they are the best while Vipers players seem not to buy into that from the structures, systems, financials, coaches, fans name it. This is your typical modern day derby,” he said, adding that since KCCA has gone a notch higher and played on the continent’s biggest stage, the CAF Champions League, it has set a standard that Vipers SC is hoping to match.