Newly appointed Wakiso Giants have confirmed that Coach Kefa Kisala is set to start preparations for the upcoming 2019/2020 football season with trial sessions on Tuesday June 18th at Kibuli SSS.

Kisala who joined Wakiso Giants on a two year deal replacing Ibrahim Kirya whose one year contract at the club expired at the end of last season is determined to get a player or two he can add to his already available squad.

Kisala who also held trials to select players before the beginning of his 2018/ 2019 season at Express fc said that the main reason for conducting them is to give an opportunity to the so many unseen good talents out there.

Reason we are conducting trials is because there so many good players out there without an opportunity, so when you call for trials you get a chance to spot such players.

Kisala who was fired by Express FC midway the 2018/2019 season revealed that he was prompted to apply for the Wakiso Giant job because they are an organised side with so many ambitions and they have a project they want to build.

It’s going to be a big challenge but one am willing to take on and I will do all I can to make this exciting project a success.

Kisala together with both James Odoch (assistant coach) and Ali Kiggundu (goalkeeping coach) will be looking forward to their first test with Wakiso Giants in the Pilsner Super 8 competition this August. 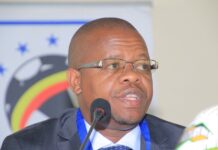 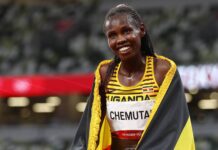