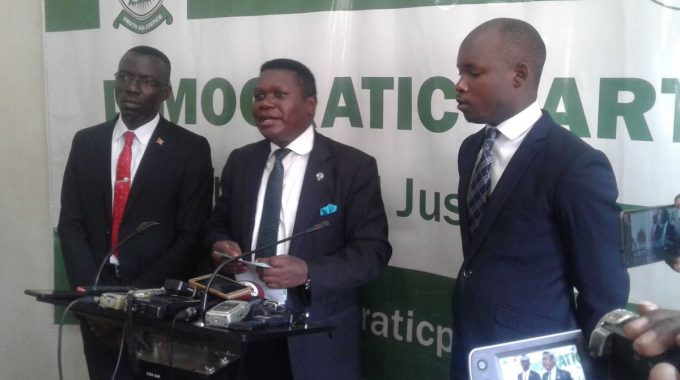 The new opposition coalition led by Democratic Party (DP), has refused to apologise to Forum for Democratic Change (FDC) and its supporters as demanded by FDC party.

This was during the closure of their two-day retreat in Nansana Wakiso District.

DP president Norbert Mao, said that what materialised last week was particularly meant to position politicians in a reality check in line with the ongoing situation in the country.

“All political parties, whether you agree with what DP is proposing or not? It’s better to criticize it after understanding it.”

Political parties under their umbrella DP blog resolved not to apologize to their counterparts in the opposition FDC on the alleged insult during the signing the memorandum of understanding officiated last week.

“And I don’t think it’s health to demand an apology for that. If there are really things an apology is required, good manners and civility would dictate us, that we apologise.”

“We want our colleagues to do the needful,” Lubega Mukaaku added.

According to Mao, all opposition political parties have to respond to inner party responsibilities rather than concentrating on misdirecting Ugandans from the common goal of change which they all pursue.

“The opposition in Uganda must develop leverage and the way to develop leverage is through unity. And unity is our main strategy. If your house is burning and a rat jumps out of the flame, you don’t chase the rat, you concentrate your energy in putting out the fire. So we are not going to chase rats that are running the flame, we are going to focus on putting out the fire.”

At the closure of the retreat, members agreed that their resolution be presented to all political parties and Non- Government Organisations for the way forward ahead of 2021 general elections.