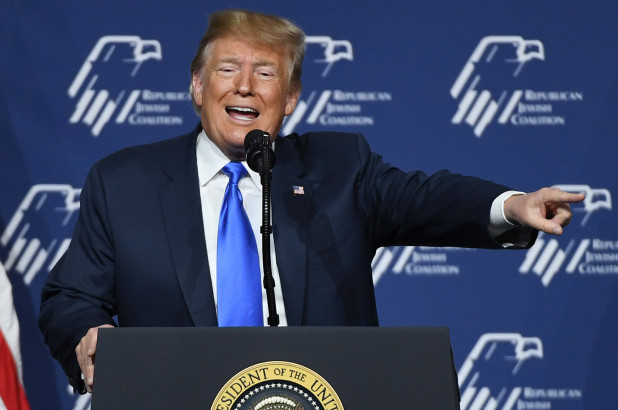 Donald trump, US president has ordered Uganda, to find the Queen Elizabeth kidnappers who ambushed wild frontiers vehicles and kidnapped two persons one an American citizen and the second the game guide, who was the driver as well.

Trump says; Uganda has to make sure that the kidnappers are found and prosecuted.

Kimberly Sue Endicott, the American tourist and Jean Paul Milenge her driver was on Sunday 7, April 2019 rescued alive and in good health by Uganda security agencies after five-day search.

The two were kidnapped on Thursday 2 April, at Inshasha sector in Queen Elizabeth National Park as they made a tour drive around the game park.

On Monday 8, April afternoon, Trump, the US president commanded Uganda authorities to do their best in getting the kidnappers arrested and prosecuted in courts of laws without fail.

“Uganda must find the kidnappers of the American tourist and guide before people will feel safe in going there. Bring them to justice openly and quickly,” Trump’s post on his tweeter account.

500,000USD (shs1.8bn) ransom were demanded by the kidnappers. But reports say, Kimberly’s family and the kidnappers negotiated and later transferred the money to the kidnappers through wild frontiers, the tour company before the two persons were set free.

The US president, Donald Trump, continued to say that if Uganda finds these kidnappers, it will clear the air waves of Uganda’s tourism sector as far as safety is concerned. And as a result visitor to Uganda will have no threat in touring the National park and Uganda in particular.

Police: no ransom paid to kidnappers

The New York Times and ABC News reported earlier that the ransom was paid to kidnappers before two persons were released.

But in a media briefing, at police headquarters in Naguru, Fred Enanga, the police spokesperson refuted the allegations indicating money paid to the kidnappers.

“No ransom was paid to anyone. Police and the Uganda government did not give anyone ransom because it’s not our policy. If you think we are telling lies, you should ask the US Embassy.”

Enanga adds the operation to get the gunmen who made the kidnap still continues.

“At this time we cannot provide specific details on how the rescue mission was accomplished, for future operational security and tactical reason. The operation to arrest the culprits is ongoing with the close coordination of our counterparts from the DRC, whom we have been working with for the last 5days.”

Enanga, finally said that the American tourist will be signed off to the US Ambassador by Okoth Ochola, the Inspector General of Police.

According to Trump, the hostages were given to Uganda securities by kidnappers after the ransom was transferred and received.

Despite of what happened to Uganda tourists, president Yoweri Kaguta Museveni tells tourists that Uganda is still safe for them to make adventures.

“We shall deal with these isolated pockets of criminals. However, I want to reassure the country and our tourists that Uganda is safe and we shall continue to improve the security in our parks. Come and enjoy the Pearl of Africa,” President Museveni said on Monday.

In 2018, Tourism Industry made $1.2bn (shs4.5 trillion) out of 1.8 million tourists who paid a visit to Uganda. Making it the top foreign exchange contributor to Uganda’s economy.

In east Africa, the most popular wild species are found in Queen Elizabeth National Park. It neighbours the oldest park in Africa, Virunga National Park located in DRC.