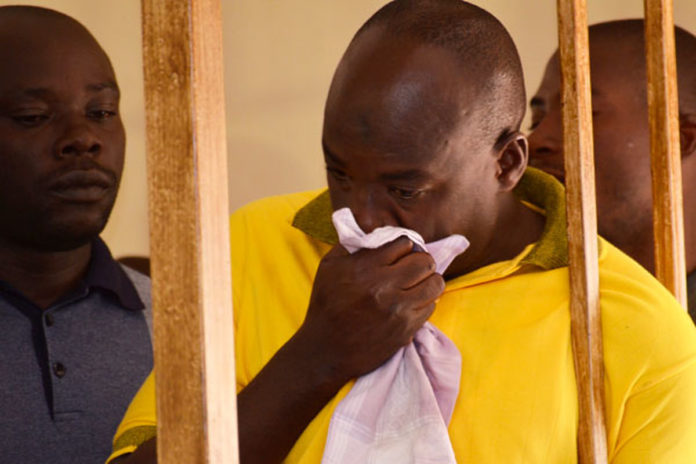 The pronouncement was made by a panel of seven members led by Lt Gen Andrew Gutti, on Monday May 13 2019.

“Accused number one, Abdallah Kitatta has been found guilty of unlawful possession of firearms and is hereby convicted of the offence,” Lt Gen Gutti ruled.

According to prosecution Kitatta and Ngoobi should be given maximum sentence so that they serve as a living example to those who wish to commit similar felonies.

The charges filed against Kitatta and Ngoobi his bodyguard are criminal offences and lead to punishment including life imprisonment and maximum death sentence as per the 2005 UPDF Act.

However, Shaban Sanya, the defence lawyer informed court that Kitatta and Ngoobi are first offenders and they have responsibility towards their families including paying school fees for their children.

Sanya also said that before this conviction, Ngoobi has never committed any crime while on duty for the time he served in the Uganda police force.

Sanya adds that for the last 16 months Ngoobi has stayed in prison, he has learnt a lesson and as a result court should consider a non-custodial sentence for the victims.

Court was thereafter adjourned to Tuesday May 14 2019 where Lt Gen Andrew Gutti will deliver the final judgement.

In January 2018, Kitatta was arrested and accused along with his bodyguard Sowali Ngoobi and his driver Ibrahim Ssekajja. They were found guilty in possession of firearms including an SMG rifle and a pistol conflicting section 3 and section 2 of the firearms Act, in Wakaliga Rubaga Division on the 21 of January 2018.

They were also accused of illegal possession of 30 and 20 rounds of ammunition for SMG rifles and pistols which belonged to government contrary to UPDF Act section 161.