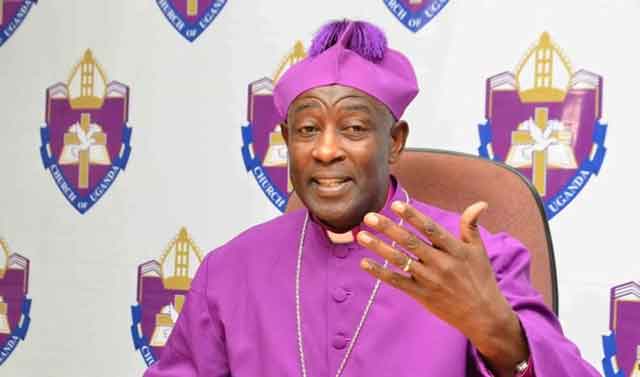 Archbishop Kaziimba Condemns the Demolition of ST. Peter’s Church Saying the Destroyers Did It Illegally.

On Monday, the country was awakened by the sad news of the demolition of the prominent St. Peter’s Church located in Ndeeba.

Following the demolition, police released a statement indicating that they had arrested up to 11 suspects concerning the act.

The Kampala Metropolitan Police station spokesperson, Patrick Onyango said that the destroyers did not inform police about their intentions.

Onyango said that Katwe police station got information about the demolition at around 01:00 am that day and immediately tasked offices to rush to the area where they were able to arrest up to 11 people including the four officers who were supposed to be manning the church.

However, the Church of Uganda Archbishop, the Most Rev Dr Stephen Samuel Kaziimba has released a statement about the incident.

Kaziimba who referred to the act as barbaric said that the destroyers of St. Peter’s Church knew that what they were doing was not right that is why they decided to do it late in the night when no one is watching them.

Kaziimba however, sent his heartfelt condolences to the Bishop and people of connected to the now demolition sacred home of St. Peter’s Church.

“This destruction of the House of God took place in the darkness of night during a curfew; and, the security forces, who are supposed to uphold the law and guard against destroyers were allegedly complicit in the destruction of a House of God,” Kaziimba’s statement read.

“On behalf of the House of Bishops and all Christians of the Church of Uganda, we express our sincere condolences to the Bishop and people of Namirembe Diocese, and especially those of St. Peter’s Church, Ndeeba, on last night’s destruction of their treasured building and House of Worship.”

Also, Kaziimba explained that the land on which the Church was residing was donated by an unknown old woman who is now dead.

He said that the law on land permits squatters rights of land ownership after 12 years of residing on it and yet the Church has been on it for 40 years.

“We are grateful that our grandmother, who donated the land for the church, is not alive to see the destruction that has been done to the sacred place she gave as a gift to God. Squatters have rights after being on land for 12 years, and yet St. Peter’s Church has been on that land for 40 years. We call for a serious and impartial inquiry into this matter,” Kaziimba said adding that the church is needed now more than ever as the country continues to fight the global pandemic.