Who is Asuman Basalirwa? Flash Uganda Media looks at his Biography, Early Life and Education, Politics, Work and Experience of Bugiri Municipality MP.

Basalirwa has been a member of parliament for Bugiri Municipality since 2018 to date and the leader JEEMA, a political party in Uganda.

Asuman Basalirwa is the current Member of Parliament for Bugiri Municipality since 2018 and the second leader Justice Forum JEEMA since its inception in 1995.

Basalirwa became a leader JEEMA in 2010 until date. He’s a Lawyer/Partner at Sewankambo & Co. Advocates, 2011 to date.

Basalirwa is a leader on the National Unity Platform’s legal (NUP) team together with Benjamin Katana.

The resolution was among the 10 recommendations that were agreed upon during the party’s National Executive Committee (NEC) meeting in Kampala.

Addressing the meeting, JEEMA President, Asuman Basalirwa, said the party did not position any candidate for the presidency that is why they will support Kyagulanyi as earlier agreed.

Basalirwa says the decision to support Kyagulanyi was taken two years ago before the formation of National Unity Platform (NUP).

“The reason why we are working on a memorandum of understanding with NUP is that now he Kyagulanyi belongs to a political party NUP, and now we have to engage an institution, an institution that has candidates like us,” Basalirwa added.

He said the memorandum deals with several issues between two parties including harmonization of candidates at the various levels.

Nonetheless, Basalirwa noted the agreement made to support Bobi Wine was only at the presidential level but on other positions, fresh engagement was to be made to see how they can work together because they want to keep their identity as a party.

During the conference, delegates agreed upon the extension of the party’s elected leaders and the renewal of the term of the current office bearers for a period not exceeding two and a half years.

The Justice Forum (JEEMA) is a political party in Uganda, originally established as a pressure group in 1995 by Muhammad Kibirige Mayanja, under the one-party system of the National Resistance Movement (NRM) as other political parties were not allowed until after the 2005 constitutional referendum.

JEEMA has been participating in Uganda’s electoral politics and has fielded candidates at the presidential, parliamentary and local council levels since 1996.

Kibirige Muhamad Mayanja, was the first JEEMA party leader, he contested for the Presidency of Uganda in1996 and 2001, and since then, the party has been represented in Uganda’s National Assembly.

Currently, JEEMA is one of the five parties with representation in the 10th parliament and local governments.

JEEMA’s first National Delegates Conference was held on 28 March 2004 at Kolping Hotel in Mityana, which saw the coming into force of the first party constitution, and the party was formally registered on 23 March 2005 after the referendum that re-instated a multi-party in Uganda.

Kibirige Muhammad Mayanja, in 2010 relinquished power to a then 33-year old Asuman Basalirwa, a lawyer at the party’s second delegates Conference that was held at Tal Cottages in Rubaga.

Under Basalirwa’s leadership, JEEMA managed to bring the young leaders on board, occupying almost all senior positions. JEEMA has significant importance on civil rights and justice, as well as constitutionalism, and it’s most popular among the Muslim fraternity in Uganda.

Asuman Basalirwa is married with children but he keeps his family private and no one knows his wife. 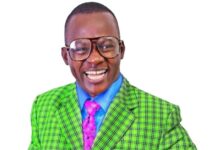 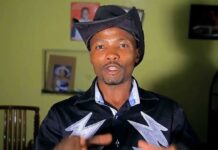 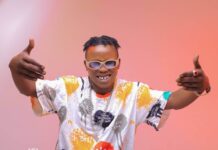