Buliisa Hospital Doctors go on strike over unhealthy working conditions, vows not to return for work until their issues are addressed

Buliisa General Hospital medics have laid down tools over poor working conditions which according to them exposes them and patients to more sicknesses.

Health workers at Buliisa Hospital said there’s a challenge of lack of power especially at night while delivering mother.

They say they use their phone torches to help the mother deliver at night because they lack lighting which is health-threatening especially to the mothers seeking C-Section.

As a result, medics at the facility say this may increase cases of maternal mortality rates because mothers cannot get access to quality health care at the facility.

And in the event of saving the situation, they choose to use their phone torches to help them deliver safely.

A doctor at Buliisa General Hospital who preferred anonymity said that they are unable to carry on operations on emergency cases at the Hospital because hospital laboratory main instruments particularly oxygen and surgical beds are unavailable.

Minister of Health, General Duties, Sarah Opendi admitted the situation and asked medics to return to work as the ministry work on their issues raised.

However, she said that they are going to get in touch with the district leadership to investigate the matter because the hospital was provided with every funding they need.

“We have come to learn that this strike is because of the lack of power and issues around transparency. “It’s their right to go on strike! However, they must look at the patients, the patients live, and therefore I want to appeal to these health workers who are on strike that they must go back on duty, so that they can get back to work as we try to find a lasting solution to their problems,” Opendi appealed.

“We are aware of the issues, they are complaining about power, but Buliisa Hospital has a standby Generator to the best of my Knowledge there are even funds available for fuel. There are shouldn’t be issues like there’s no power if there’s a problem those are operational issues. These are the issues that were are going to investigate so as we can be able to resolve the problem,” Opendi.

Meanwhile, Doctors insist they will not return to work until their issues are addressed for the best of both them the medics and patients’ lives which are currently at stake. 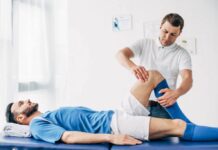