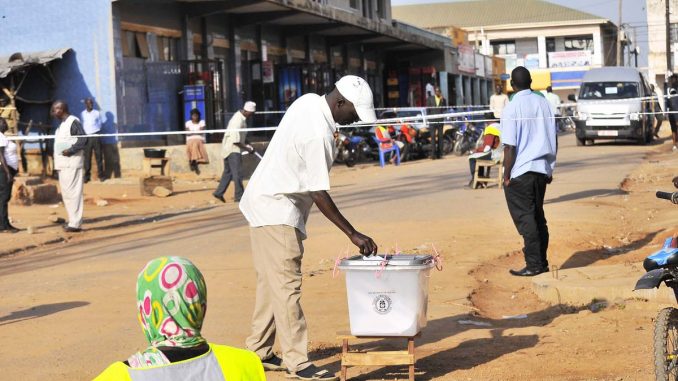 According to the Electoral Commission Spokesperson Jotham Taremwa, he could not deny or confirm the reported delays, insisting that materials were delivered on time.

“Materials were delivered as early as 5am. If there are delays, it’s not on our part,” he said, adding; “The process is so far so good, people are in line.”

The Arua election is being conducted to replace their Member of Parliament Ibrahim Abiriga who was killed in June. The race has attracted twelve candidates, among them NRM’s Nusura Tiperu, FDC’s Bruce Musema and Independent candidate Kassiano Wadri among others.

The Arua election is being conducted under tight security following violence during climax of the campaigns on Monday in which one person was shot dead. The violence started after an attack on President Museveni’s convoy by opposition supporters.

The deceased has since been identified as Yasin Kawuma, a driver of Kyadondo East Member of Parliament Robert Kyagulanyi (Bobi Wine).

Addressing the media ahead of the polls on Tuesday, Police Spokesperson Emilian Kayima said the high security presence in Arua will be to ensure that the residents’ right to vote is not interfered with despite Monday’s deadly violence.