Families with dirty homes and very bushy compounds are set to fined or imprisoned not exceeding one year under the new Physical Planning Amendment Act.

While addressing a group of journalists on Tuesday 6th, the State Minister for Lands, Housing and Urban Development, Isaac Musumba reaffirmed that it is now a criminal offence to live and stay in dirty areas.

According to Musumba, every individual in the country is now under an obligation to refrain from littering or dropping rubbish outside litter bins.

Musumba said that anyone found guilty of breaching the laws will be subjected to a fine of up to two million shillings or imprisonment for a period not exceeding one year or even both.

“It shall be an offence to litter. Every person in Uganda is now under obligation to refrain from littering or dropping rubbish outside litter bins. On conviction, the offender will be subject to a fine of up to two million shillings or imprisonment for a period not exceeding one

Also, the new law affects those who dump freely on road, streets and trenches.

Musumba implied that they will install litter and garbage bins around particular homesteads around the country where locals can dispose of rubbish from their homes.

READ  7 Challenges Facing the Reopening of Schools in Uganda

Musumba further added that families with green compounds should ensure they cut short or slash the grass regularly. Relatively, their houses should also be neatly painted to make them look good and new.

Besides, he emphasized that an owner of a particular premise must place a signpost with a street and plot name as prescribed by the local government.

If found without the signpost, the minister stated that a fine not exceeding shs960, 000 or imprisonment not exceeding two years or both will come into effect.

“It is also an offence not to slash the green patch at one’s premises. This attracts a fine of two million shillings or imprisonment not exceeding one year or both. If there is a green compound at your premises, it should regularly be slashed.

“The owner of a premise must place a sign with street and plot name on the plot as prescribed by the local government. Contravention of the above makes a conviction to a fine not exceeding shs960, 000 or imprisonment not exceeding two years or both,” Musumba added.

He, however, said that the parish and sub-county chiefs, as well as other leaders in towns, will be in charge of foreseeing that measures including putting up the posts are taken into action.

“The implementation of these measures has been placed in the hands of parish chiefs and sub-county chief or their equivalent in towns because these are the people on the ground.” 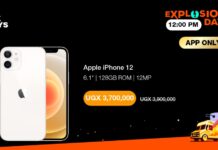 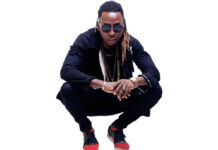 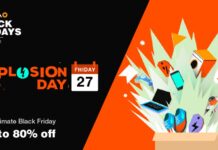 Bobi Wine: We Shall Not Allow Museveni to Rig Our Votes...