First pharmacy and other pharmacies in Kampala were caught up in a scandal concerning the illegal sale of COVID-19 vaccines, following a police raid on pharmacies in the city.

After a police raid on pharmacies in Kampala, First pharmacy as well as Modern Diagnostic Laboratory and True Care clinic was involved in a scandal involving the illegal sale of COVID-19 vaccines.

In a statement dated 14th June 2021, Fred Enanga the police spokesperson indicated that they had raided several pharmacies and recovered over 800 dosages of the AstraZeneca vaccine being sold.

He said at least seven suspects were arrested on reliable intelligence information that stolen government COVID-19 vaccines. He said the group was caught in action while administering the vaccine to their clients.

“These include; Seremba Festo, Mushabe Festo, Lyanzi Deogratius Arnold, Cherop Nelson, Tayebwa Viola, Sekasi Julius and Nakadya Julian who were arrested while administering the vaccine to their clients,” Enanga indicated.

“Upon search at the pharmacy, over 803 Astra Zeneca vaccines were recovered, thousands of empty virals supposed to be returned to government health facilities for accountability, over 1000 Ministry of Health vaccination cards, consent forms, Kiswa Health Centre and Naguru Health Centre Stamps, Test tubes.”

In addition, he said an additional five suspects were arrested from Victoria Hospital while administering the vaccine. He said the suspects will be detained and presented before the court at a later date to respond to the situation.

Upon search, 62 vaccines were recovered, test tubes, vaccination cards and consent forms. The operation is ongoing and the suspects are being processed for court on charges of being in unlawful possession of government stores, conspiracy and theft.”

Meanwhile, this comes at a time when the management of First Pharmacy has denied involving its self in the sale of the said vaccines.

While addressing journalists on Monday at their premises, Ahmed Yusuf, the Managing Director for First Pharmacy said they have never had any COVID-19 vaccines contrary to what the police is saying.

He said the police got all facts wrong and as such they request them to issue a public apology to clear the reputation of the Wandegeya based pharmacy.

“It is wrong for police to get facts wrong. It has cost our reputation yet we are a professional pharmacy and we take our business seriously. We therefore demand an apology from police about these serious allegations and a correction from every media house that published the story,” Ahmed Yusuf said.

“We believe it is a matter of wrong identification since we share compound with some of the raided pharmacies (Modern Diagnostic Laboratory)which have been doing covid vaccination and issuance of certificates,” he added. 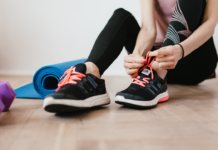