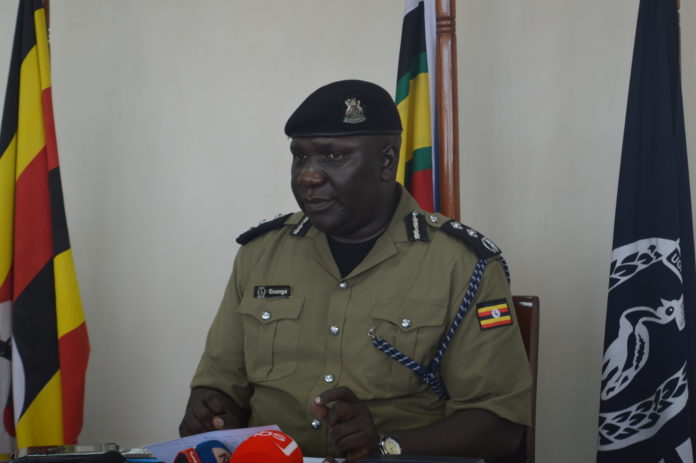 Uganda police force food supplier’s contractors have threatened to withdraw services if at all police doesn’t pay off shs30billion debt in 14days.

In a media briefing on Tuesday 30, April 2019 at Speke Hotel in Kampala, the suppliers who are over 290 said that the 30 billion shillings’ debt accumulated since 2016.

“We have tried to meet relevant officers including the Inspector General of Police, Undersecretary, Director of logistics and other concerned officers. But we only get promises from them. They keep promising payments but nothing has ever materialised,” Badru Kisitu the group leaders told the press.

In their further notice, these contractors said that efforts to end food supply to police has been tried earlier, but in their contract some clauses prohibit them from withdrawing services.

These contractors also said many of their colleagues secured loans to run the business and they ended up losing their properties to Banks and money lenders simply because they couldn’t pay back the loans.

And as a result they have issued a 14-day ultimatum to police, to pay off their debts or else they withdraw services country wide.

“During these 14 days, we shall petition parliament to force police pay the shs30 billion,” Kisitu noted.

However, regarding the matter, police spokesperson, Fred Enanga when contacted admitted the claims and said that the Ministry of Finance is handling the matter.

“The issue of suppliers falls under domestic arrears which were taken over by the ministry of Finance in all government institutions for a review.”

Enanga says Ernst and Young has been contacted to conduct and audit into the arrears and after payments will be proceeded.

“They (Finance ministry) is now reviewing the report by Ernst and Young before restructuring payments.”

Gen Kale Kayihura, the then Inspector General of Police, told the police council that there is need for involvement to lessen the troubles of excessive money spent on food supplies to the force.

“We need to find a way to grow our own food like the prisons but also to create revenue generating activities,” Kayihura’s statement before he was fired.