Jane Ruth Aceng is a Ugandan paediatrician, researcher, medical administrator and the Minister of Health in the Cabinet of Uganda appointed to that position on 6 June 2016.

Jane Ruth Aceng was born on 11 May 1968 in Lira District. She attended Shimon Demonstration Primary School in Kampala, Uganda’s capital city sitting for her Primary Leaving Examinations (PLE) in 1980.

After, Aceng was admitted to Makerere University to study Bachelor of Medicine and Bachelor of Surgery, graduating in 1993.

She also holds a Diploma in Health Systems Management awarded by the Galilee International Management Institute, she attained in 2015 in Israel.

Then from 1994-1998, Aceng serviced as a medical officer at Lira Hospital.

2000-2003, she worked as the Medical Superintendent/Senior Medical Officer Lira Hospital

Minister of Health Government of Uganda 2016 to date

She also worked as a Director of Medical Services and served as executive director of Lira Regional Referral Hospital.

As early as 2014, three variables in the national health system began to converge to the level of a crisis.

Uganda has at least 8 public and private medical schools, graduating close to 500 medical doctors annually. Before they receive their medical licenses, each doctor has to undergo 12 months of rigorous supervision under a consultant physician or surgeon.

Due to poor pay, dilapidated equipment, lack of resources including medication and a poor work environment, many Ugandan medical and surgical consultants have left to work in better environments in other countries.

The small national healthcare budget leaves the health ministry with insufficient funds to pay the few consultants left, the senior house officers (SHOs) training to become consultants, and the ever-increasing number of interns working so they can get licensed.

As a consequence, the Ministry of health has been against the SHOs who are not compensated at all and the interns who are poorly and irregularly paid.

These are the statutory government agencies in the East African Community which are mandated to maintain the standard of medical and dental competency.

Perhaps the most controversial of all her proposals is the new requirement that interns take a new national examination before the health ministry can assign them an internship slot.

The fine stems from a petition by David Ekau challenging the minister’s decision to block him from being inaugurated as a representative of the Pharmaceuticals Society of Uganda to the National Drug Authority in 2017.

This was after Ekau filed a petition before the High Court civil division in 2017 seeking a judicial review against the decision by the attorney general and Aceng to block his inauguration.

He asked the court to quash the minister’s directive on May 19, 2017, barring him from being inaugurated on the NDA as a representative of the Pharmaceutical Society of Uganda.

Ekau also asked the court to compel the minister to provide him with the terms of reference as a representative of the Pharmaceutical Society of Uganda to the National Drug Authority.

On August 24, 2018, Justice Ssekana delivered a ruling in Ekau’s favour. He directed the respondents to ensure that Ekau is inaugurated with 30 days of the ruling.

In her response to the petition, through Charity Nabasa, a state attorney, Aceng said that they shouldn’t be found guilty of contempt of court orders simply because they filed an appeal seeking to stay the execution of the orders.

However, in his ruling, later on, Justice Ssekana noted that minister’s justification for not complying with the previous order was unreasonable, illegal and irregular.

He, therefore, slapped her with a fine of shs20 million for intentional disobedience of lawful orders.

“The purpose of the fine is to send a firm message to the respondents (Aceng) and other would-be contemnors that, court orders are not issued in vain and ought to be respected and obeyed as long as they remain in force,” Ssekana said in his judgment.

Ssekana noted that Ekau has been out of office since January 2017 when the inauguration took place till to date and should be paid all his entitlement and monetary benefits including allowances until when he takes office as the elected representative of the Pharmaceutical Society of Uganda.

He declined to commit the minister to the civil prison, saying she would get more excuses for not implementing the court orders.

Jane Ruth Aceng ever since coronavirus epidemic emerged, she has been at the forefront of the fight against coronavirus spread in Uganda.

She is a dedicated health minister to ensure that Ugandans are safe from coronavirus alongside President Museveni the commander of this fight and the COVID-19 task force.

After Uganda announced a mandatory quarantine for every individual entering the country, she was seen losing her temper and shouted at a foreigner who was trying to disagree with her, over Uganda’s decision to order people coming from abroad to foot bills for their 14-day quarantine in the wake of the coronavirus pandemic.

The incident happened as the Minister briefed travellers who had landed in the country a few days ago after Uganda confirmed one coronavirus case.

“Shut up when I’m talking,” Dr Aceng was heard telling off the travellers who were trying to argue with her.

But the issue of quarantine fees was later reviewed the amount reduced and as for now, the government will be paying fees for those under quarantine and unable to pay their bills particularly students.

Initially, travellers were to pay $100 per night translating to Shs5.1 million for accommodation alone (minus meals) for the quarantine period. Among the reasons that forced Aceng to address travellers were as follows:

Some travellers reasoned that government was extorting and torturing them in an attempt to keep the virus out of the country.

They also said they were being herded together, irrespective of their transmission or infection risks, with the Central Inn hotel staff freely mingling with the travellers with little or no safety regards and precaution.

These and some other reasons are the ones that forced the minister to meet the travellers to sort out the issues.

Dr Aceng has been at the frontline to fight the disease to ensure that Ugandans are safe from the pandemic. And her efforts so far are yielding better fruits. 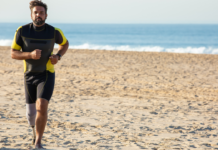