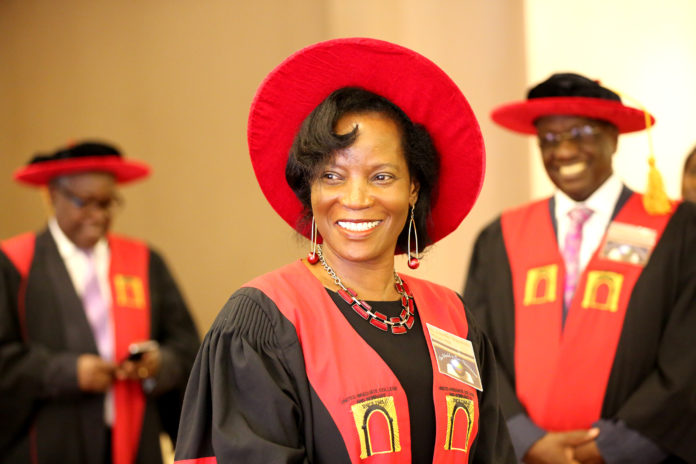 In October 2018, Executive Director for Kampala Capital City Authority (KCCA) Jennifer   Musisi Ssemakula announced that she was to resign her role after 7 year tenure in December 2018 under unclear circumstances.

Musisi submitted her 21-page resignation notice to President Museveni indicating that she will step down on December 15, 2018. In the letter, Musisi highlighted a number of challenges in the management of Kampala and insisted that she couldn’t continue as head of this institution.

Musisi’s position at KCCA was later in December occupied.

And after a few weeks it has been announced that Jenniffer Musisi has a landed a juicy job slot in the United States at Harvard University.

Musisi has joined Bloomberg as a consultant and will play a key role in advising on the design of Bloomberg Harvard programming, with a particular emphasis on programming for cities outside of the United States, according to Mr Jorrit de Jong, the director Bloomberg Harvard City Leadership Initiative.

According to Jong, Musisi will serve as a resource for faculty, students, staff, and participating mayors and other city leaders, and will share insight and information on innovations, solutions, and approaches to common problems across cities.

Musisi started her career as a state attorney in the Directorate of Public Prosecutions in the Ministry of Justice and Constitutional Affairs in Uganda. She also worked as Uganda’s ambassador for UN Sustainable Development.

Musisi holds a Bachelor of Laws (Honors) and Master of Public Administration & Management from Makerere University in Kampala, and a Diploma in Legal Practice from the Law Development Centre, also in Kampala. She also received an Honorary Doctorate of Philosophy in Humanities from United Graduate College and Seminary International.