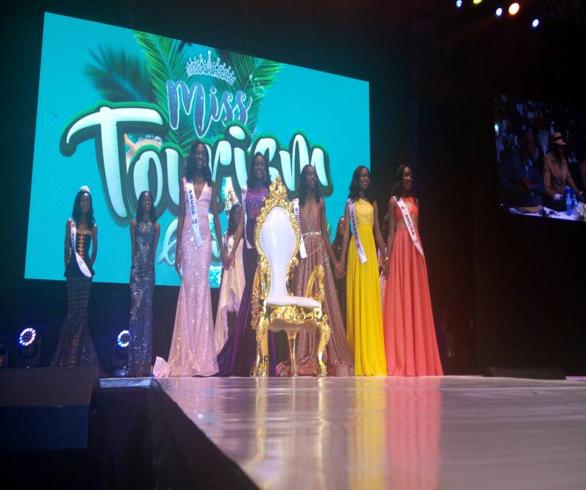 Yesterday 21st October was the climax of Miss Tourism at Kampala Serena hotel’s Victoria hall were several contestants have been fighting to win the crown.

It was everyone’s surprise a Karamoja teenager Challa Elma Kapel scooped the biggest award of the night beating all the other contestants in the race. The 19 year old teenager saw off competition and won other twelve other beauty queens from other regions. Her confidence, English, performance wowed the judges and made her win the rest. Anita Ayebare a 23 year old from Ankole emerged the second runners up , Amuge Gertrude Olungu the1st runners up.

The show turned even more exciting when singers hit stage, these included Irene Ntale of Kyolowoza hit song, fusion band which left the invited guests shaking their heads. During the event , the late former honourable minister for tourism Maria Mutagamba who earlier this year lost the battle and succumbed to cancer at case clinic for her love for the youth, environment tourism and water.

This event was hosted by a one Shaban and Shanita and contestants started by showcasing the latest fashion designs before they faced the question session, at this stage seven contestants were excluded and the five moved to another stage.

Guess whose night was it?

To determine the winner the judges based on presentation skills, stage presence, tourism Knowledge and speech among others.

In case you missed, here are some of the photos from the night.