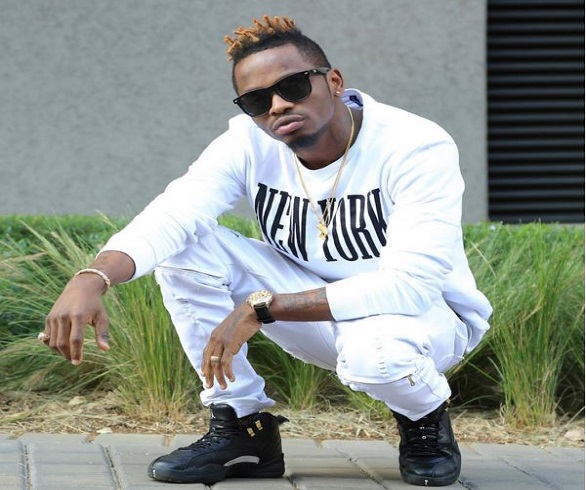 Once again Bongo Flavor Superstar Diamond Platinumz of the “Number one” hit song is back in
the news after an anonymous woman from Kenya named Pansheni Salama dumped a baby at
Nasibu’s premises accusing him of running away from taking care of the child.

According to Tanzania’s publishing company Global publishers, salama’s main target was Zari
the official girlfriend to the embattled “Salome” hit maker who was attending dj Rommy’s
wedding Platinumz cousin. Her major aim was to insult her and to get mother to mother
sympathy from Zari who is a mother to kids with diamond platinum.

“Salama was carrying a baby, when she camped outside diamonds house. She
claimed diamond platinum was the baby’s father. She had on several occasions
while carrying her baby spent nights outside the singers house”
said Deo Kagumusha, the Madale residents welfare presidents while to the local media.
According to sources, on one occasion diamond decided to give the woman money worth ksh
3000 (about 75k shillings” and told her to meet his manager at Wasafi Records to sort the issues.
Salama says she waited but all in vain.

This comes after misunderstandings that broke out when Diamond Platinumz video vixen
Hamisa Mobetto gave birth to the singer’s baby and many other women have been coming out
claiming that they have relationships with the Tanzanian singer. Up to now both Diamond
Platinumz and self proclaimed slay queen Zari the Boss lady have remained quiet about the
matter.