Mt Elgon region in Eastern Uganda is endowed with numerous tourism potentials, but it has a low turn up of tourists. According to sector players, Mt Elgon Park currently receives more than 3,000 tourists annually, which is still very low.

As a result, Attilio Pacific, the EU ambassador to Uganda and head of delegation has urged district leaders around the area and private sector institutions to promote tourism around Mt Elgon.

In a media briefing earlier on Monday 9th, December 2019, held in Mbale Town during a four-day retreat for the EU heads of mission, Pacific said despite having a numbery of beautiful sceneries that attracts tourists, the area has been neglected, yet it could generate a lot of income to Uganda’s economy if the county brands it well.

“This is a beautiful part of the country, but despite the beauty, it has been neglected. Let us package this region for tourism, advertise it and make it easy for tourists to come and stay,” Pacific said.

Attilio Pacific says they chose to hold EU ambassadors retreat in Mbale District because of the numerous economic potential the region harbours’.

“This is a unique place, but it still has some shortages such as accommodation, so some investors need to be done,” Pacific noted.

Rudi Verstraeten, the Belgian ambassador to Uganda in his address said that coffee farmers around the Elgon region have not benefited from the real value of the coffee they produce, yet it’s the best coffee around the world.

“Coffee is sold locally to local traders, who sell it to a regional trader, by the time coffee reaches the European market, there is an increase in overhead and farmers get only a little share of the real value of the coffee,” Verstraeten said.

He, however, urged traders to directly sell their coffee produce to Europe since there are no tariff barriers, for them to benefit from their hard work.

The purpose of the retreat that kicked off on Monday is to track progress on infrastructural and social-economic projects that EU and its member states funds.

The EU Information Officer, Emmanuel Gyezayo adds that the annual EU ambassadors retreat is also intended to brainstorm on strategies to strengthen corporation between EU and the Uganda government, look at the challenges and come up with remedies.

“We are grateful because we know at the end of the day, our partners will identify challenges including the poor state of our roads and support us to overcome them,” Mujasi said.

He also thanked the EU for its efforts in ensuring job creation and infrastructural development for the youth in the country.

Mt Elgon Park has quite a numbery of tourists’ attractions’ these includes; waterfalls such as Sipi Falls, Bilitanyi Gorges Falls, Kagera Falls, Sisiyi among others.

The Elgon region also has some cultural events that are potential tourism activities such as Imbalu (Circumcision) and the Bull Fight. 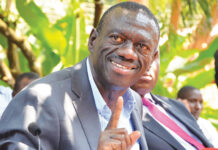 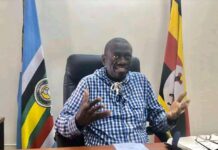 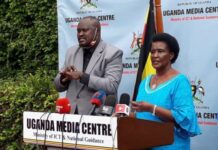