Following the increasing cases of the deadly coronavirus, President Museveni on Monday announced a curfew from 7 pm in a bid to mitigate the spread of the SARs-Cov-2 virus that causes the Covid-19 disease.

Museveni who was holding a sixth address to the nation in a space of just two weeks said that they have decided to take additional measures as a way of combating the spread of the virus.

This came up as a result of many Ugandans who in recent days have been acting against directives, for example, those who turned their privately owned vehicles into taxis.

He explained that this is one way that was going to give the virus even a better platform to spread because people cannot know the health status of all those who board their cars.

Museveni further cited an example of one patient in Masaka who infected his wife and daughter stating that if she had followed appropriate measures then the virus would not have spread.

“If people were not behaving carelessly, we wouldn’t have spread the virus. Since we are not sure, we should not take risks,” Museveni implied.

He, however, explained that he decided the measures to take immediate effect yesterday from 10 pm to prohibit people from adjusting their schedules.

He said if he had given Ugandans an extra day to prepare then many of them would run to villages thinking they are running away from danger yet in actual sense they may be transferring the virus to those places.

“We have decided to take additional measures. I would have given the public time to adjust. But they may transfer the sickness we are trying to prevent. They may think they are running away from danger when they are taking death to our people in the villages,” he added.

1. Prohibit all movement including private cars, which had earlier been an exception.

4. Supermarkets remain an open restricting the number of people who enter at a time. Order things online.

5. Established food markets in Kampala and other towns remain open but observe 4metres distance between sellers and buyers

8. Have workers at the farms

10. Cargo only allowed crew and lorries restricted to only three persons

13. Government vehicles parked except for security

15. To discuss with banks, electricity and water over bills

18. Government to give food to needy

19. Directed police to arrest politicians who will be found distributing food. To be charged with attempted murder 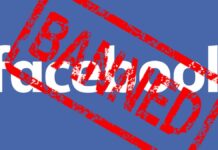