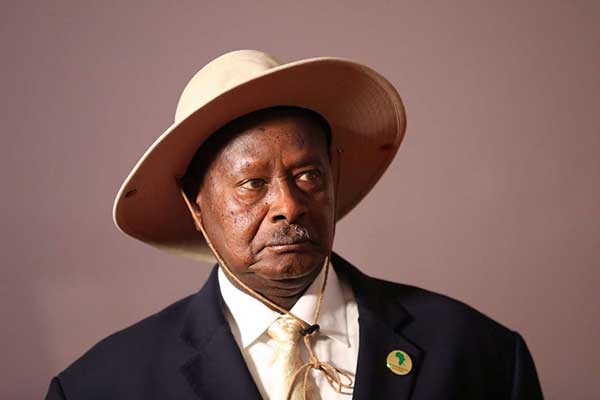 National Resistance Movement (NRM), resolution to have president Yoweri Kaguta Museveni rule forever after 2021, general elections, made by the Party’s Central Executive Committee (CEC), been pushed aside by opposition members in parliament.

“Whatever they decided is not our business, we cannot respond on everything they do,” Leader of Opposition Betty Aol Ochan stated.

NRM CEC members inscribed a number of resolutions to integrate the Party’s political and economic programmes including having Mr Museveni, their party chairperson and the president of this country rule for ever in their ongoing CEC meeting at Chobe safari lodge in Nwoya District.

With this, CEC members believe it will strengthen Uganda’s social-economic agenda continuously.

However, in a press meeting held by the leader of Opposition Ms Ochan, in Kampala, said that they have relevant matters to deal with other than Museveni’s life presidency’s quest.

“I have a lot to do. Why should I bother myself with that? It doesn’t do me any good to deliberate on what they have decided.”

Ochan also said that she felt disappointed, the time government ignored the issue of electoral reforms.

“When Raphael Magyezi brought his amendment (on age limit) it was welcome, and when it comes to electoral reforms, government has given the matter a deaf ear.”

In the same line, Ochan argued government to liberalise Uganda’s politics to enhance accelerate political ideologies in the country.

“The electoral laws make it difficult for those who express themselves as opposition to freely express their views in this country; it is not easy for us to push things.”

Relatedly, Betty Nambooze, MP Mukono Municipality (DP) also the opposition publicity in parliament stated that quietness is one strategy they have taken to counter NRM conspiracies.

“Theirs is nothing new of the Chobe declaration; who didn’t know that Museveni will be a candidate in 2021, and beyond?”

Adding that: “Is a trick for this regime to keep us focussing on the next election, for us we have unresolved issues in the 2016, elections and they should form the basis for the next election.”

Finally, Nambooze said opposition is busy laying down strategies and measures leading the country into democracy. Especially, the case of electoral reforms which government has so far failed to table.

For the case of electoral reforms, parliament scheduled it for April, 2019, to allow government address the issue.

This followed opposition request to parliament seeking permission to bring the reforms as a private members’ bill. Which government rejected saying that; their request will only be addressed if at all government fails completely to handle the matter.