Navio born Daniel Lubwama Kigozi is a Ugandan rapper who started his career with the award-winning group known as Klear Kut and the group introduced the term Ugaflow to describe Uganda’s hip hop genre.

Navio made his first hit song called All wanna know at the age of 16 with the Klear Kut group and he is best known for his successful solo career with hits such as Rukus, Bugumu, Njogereza and many more.

Navio has been part of the African supergroup known as One8 which also had other members that include 2face from Nigeria, Fally Ipupa from DRC, Amani from Kenya, Ali Kiba from Tanzania and many others.

The group’s first release was called Hands Across the world which was produced and written by America’s pop star R.Kelly.

Navio is the youngest of the three children with an elder brother and sister. Navio’s father passed away in 1994 and he was brought up by his mother Dr. Maggie Kigozi.

For his infant education Navio went to Entebbe church nursery school he later joined St. Andrews in Kenya for his primary education.

According to Daniel Kigozi Navio while growing up he could listen to a lot of music including his elder brother’s music and since his brother was a fan of the newly evolved style of music known as rap music, he had a lot of rap music collections from artists like Run-D.M.C, MC Hammer, Vanilla Ice and the Beastle.

READ  Pilsner Super 8: Vipers advance to the final after a 5-3 win over Mbarara City

Navio says he could try to mimic them and when he was about 10 years old his mother heard him rapping in the sitting room she came very fast to see whether it was Vanilla Ice rapping only to discover that it was his son rapping.

His mother was so excited and he took him Baava studio of a legendary producer known as Hope Mukasa.

At the age of 16, Daniel Kigozi Navio formed a hip hop group known as Klear Kut with his four close friends: Tom known as The Mith Mayanja, Jonathan known as J-Baller Leslie, Abba known as Langman Lang, and Habib Abdul known as Papito.

The group ‘s first album was known as Body and soul which was a huge success and generated several hit singles such as All I Wanna know with Juliana which was the most successful song on the album.

The album also had other singles such as Remember and let’s gets on it. The group helped in promoting the popularity of the hip hop genre in the country.

In 2002 Klear Kut received Kora award nomination where the group was nominated in the category of most promising newcomer and revelation of the year.

In 2003 the group released their second album K2 it was not big as the first one but it also had some successful hits such as Mon Coeur Murder of Crows featuring Rania and fan-favourite remix known as Superstar with Bebe cool.

Later in 2004, they received the PAM Award for Best Hip hop group.

Navio decided to start a solo career since other members of the Klear Kut had left the group but he kept the name of the group in all his music.

Before leaving for South Africa in 2005 Navio wrote a song known as Rukus and headed to fenon records recorded it Peter Miles and the video was shot by the best video director at the time known as Dedac. This is still one of the Ugandan songs that crossed borders and made it to the top charts and it still sounds fresh in our ears.

This same song featured in the Season Finale of Big Brother Africa 3 in 2008 four years after its release this shows how big the song was. He also featured on other artists recordings such as Burn ft Blue 3 in 2007, Amaaso gogera with Jeremiah Sanyu in 2008.

After graduating from Monash University in South Africa in 2008 Navio officially returned in the music industry. He released his debut album titled Half a legend in 2009 which had a hit song titled Bugumu, Salooni featuring GNL ZAMBA, Ngalo, and Respect with a Kenyan artiste called Jua Kali.

The same album had another hit called Badman from Kamokya featuring Bobi wine.

He was awarded the Best hip hop Artist in Pearl of Africa Music Awards and was also nominated in the Kenya based awards known as the Kisima awards as Best Male Artist, Best Video and Best hip hop.

Daniel Kigozi alias Navio strikes a balance between African sound and contemporary and international flavour which has made most of the music critics to describe his style as unique.

In 2019, Daniel Kigozi Navio officially married Mathilda Nansimbwa, his long time girlfriend. The wedding took place in Sweden but earlier on in 2017 he was introduced to Mathilda’s parents.

Navio has not built his career and legacy in the hip hop game while basing controversies but in 2009 was the first time we saw him beefing with an artist and this was GNL.

According to Navio, GNL attacked him in Mbarara at a certain show and he disrespected him and they both stopped Seeing Eye to the eye. In his verse of the Mr DJ song, Navio attacked GNL Zamba saying that he was above him. They later settled their differences and reconciled

Of late Navio has been attacked by Gravity Omutujju after Navio saying that Gravity isn’t a hip hop artist but Navio said he cannot beef with Gravity because he is above that level.

Navio has always partnered with Reach A Hand, an organization that transforms the status and life youths in the country and he has always performed for them and also composing music for them. 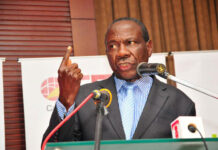 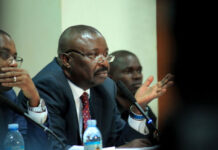 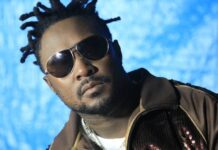