Uganda Martyrs Shrine is located in the remote town of Namugongo and should not be missed by anyone interested in Uganda’s faith-based tourism industry while on a safari in Uganda.

Located in the remote town of Namugongo, the Uganda Martyrs Shrine should not be missed by anyone interested in Uganda’s faith-based tourism industry while on a safari in Uganda.

With the majesty of an ancient cathedral, its structural design is based on the African Hut. 22 copper pillars over 100 feet long support the shrine, which can hold 1000 people in a circular seating arrangement. It was begun in 1967 and completed in 1975.

A lake was dug out in commemoration of the Martyrs and features a pavilion or island in the shape of a boat.

In addition to the Holy Mass altar, there is a small cabin beneath the altar that contains the Sacristy, a kitchen, and a bedroom that Pope Francis briefly occupied during his visit to Uganda in 2015.

Why were the Uganda Martyrs executed and who led them?

The Uganda Martyrs consist of a group of 45 Anglican and Roman Catholic martyrs who were executed during the persecution of Christians under the rule of Mwanga II of Buganda.

A total of 22 African Roman Catholic martyrs were canonised by Pope Paul VI on October 18, 1964, and Pope Benedict XV made the group a saint in 1920.

As of this writing, their feast day falls on June 3.

In 1879, the White Fathers Mission founded the first Roman Catholic missions in Bantu-speaking Africa. The kabaka Mutesa I had no problem with Christians, but his successor, Mwanga, went on the offensive against them.

Bishop James Hannington and other Anglican missionaries were killed by Mwanga in October 1885. An influential Catholic member of the royal household, Joseph Mukasa, was executed on November 15 of that year for his criticism of the massacre.

Mukasa’s Christian wing was the next to go down in flames. They were all arrested after Mwanga learnt that they had been taught by Denis Ssebuggwawo, an internet preacher.

Those catechumen boys were secretly baptised by Mukasa’s successor, Charles Lwanga. They were taken to the village of Namugongo the following day.

This included a soldier, Athanasius Bazzekuketta, and Gonzaga Gonzalez, who were all killed as they travelled. Survivors were held in prison for a week by Father Lourdel, the head of the Roman Catholic mission to Uganda.

Except for Mbaga-Tuzinde, who was beaten to death by his father, the following men were burned alive on June 3, 1886: Ambrose Kibuka, Anatole Kiriggwajjo, Achilles Kiwanuka, Mugagga, Mukasa Kiriwawanvu, Adolphus Mukasa Ludigo, Gyavira, and Kizito.

In addition to the soldiers and authorities Bruno Serunkuma, James Buzabaliawo, and Luke Banabakintu were all killed in the same attack.

Persecution of both Protestant and Roman Catholic missionaries was carried out by Mwanga, who continued to target them. Other people killed in subsequent attacks included an assistant provincial judge, a local chief of Kigowa, and the leader of a Roman Catholic diocese.

To this day, the Namugongo Shrine sits on a large plot of ground, but the significance of that site is compounded by the fact all these Martyrs were executed there for refusing to denounce their Christian faith at the command of Kabaka (King) Mwanga.

That’s how many Uganda Martyrs were killed at Namugongo and the reason why Namugongo is called a shrine.

For the past 96 years, the 3rd of June has marked Uganda’s Martyrs Day, and it hasn’t been an ordinary day in this town.

Even while the sun will still rise in the east and water will still be the colourless liquid that satisfies thirst, the streets, homes, businesses, and the people who work in them will all experience a new reality due to a large number of visitors to the Shrine on this day.

People from all around Uganda travel to the Martyrs Shrine in Namugongo to pay their respects on this day. Some people make the pilgrimage without the luxury of a car, even from as far away as Tanzania, as a mark of respect for the Martyrs.

People are frequently huddled together in the heat, sweat dripping off their brows, and pilgrims are struggling to keep their spirits up as they pay homage to these valiant young men.

Hawkers and vendors selling everything from teddy bears to souvenirs of the martyrs will be everywhere you see. Several kiosks selling pig (a local delicacy) and inexpensive wine will also be in the area for those who like to celebrate in other ways than spiritually.

The Martyrs have been commemorated in art and architecture by Ugandans. The Uganda Martyrs Museum, established by the Church of Uganda, is the newest addition to the memorials.

While on safari in Uganda you can take a visual tour of the martyrs and their deaths, some by slaughter while others through a protracted and agonising holocaust, all depicted in this Museum.

Young and inventive minds have preserved Uganda’s history for future generations through sculpture and paintings as well as folk music and architecture, while seniors’ recollections of the past have worn thin.

Together with other believers, 3rd June attracts myriads of tourists and believers to commemorate the 45 Martyrs who were killed on the orders of Kabaka Mwanga.

However, it’s also possible to visit the shrine on another day with a tour guide to show you around. 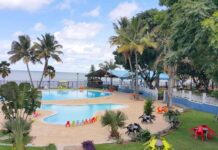 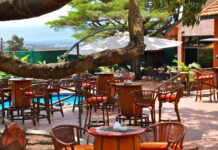 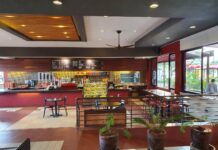