Awesome news coming in from the Tugende Mu Kikadde concert organizers indicates that anyone who attended the previous edition will be given a 50% off discount on his or her ticket to this year’s event courtesy of MTN Uganda.

All those who made it to the previous Tugende Mu Kikadde event will be required to provide proof via MTN UG or WhatsApp 0773271720 to be in a position to grab their tickets at a 50% discount.

This year’s Tugende Mu Kikadde concert will be held on 4th April at the Kampala Serena Hotel to flashback to the good old times of Ugandan band music.

Unlike in the past years, this year’s concert will be headlined by Uganda’s elite talents that have become rare gems on the stage.

The event set to be a red carpet affair with all revellers introduced to A VIP experience will feature legendary musicians from the older generations including Kabuye Semboga, Mariam Ndagire, Raga Dee, Sweet Kid, Phoebe Nasoolo, Fred Sebaale and Sarah Zawedde.

It will be a sheer fun night not only for the old people but also for the young generation taking a glance at their parents pulling up their best and old age strokes.

Being a legendary celebrating platform, the Tugende Mu Kikadde 2020 is aimed at paying a tribute to the late ‘Elly Wamala’ who passed on in 2004 – one of Uganda’s ever biggest music icons.

He’s role in the music industry during the 1950s and 60s was unquestionable.

Besides his songs that left many pouring tears and others mesmerized, he inspired many others in the music industry. Sixteen years since his passing, he remains alive in many people’s hearts who on a daily during their free time play and listen to his great lyrical music.

As a way of remembering the fallen hero’s life, legacy, times and timeless music, each of the invited artists will be required to perform at least one song from the late Wamala’s album – over eight of most popular vibes.

READ  How Makerere Student Was Kidnapped And Killed On Christmas

Relatively, tickets are already on sale at Serena reception or online via mooch.ug. 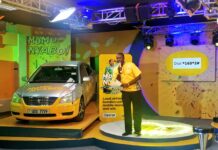 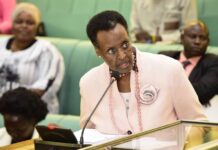 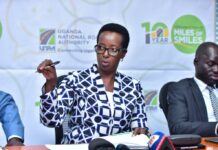