Tottenham Hotspurs’ midfielder, Victor Wanyama is on the verge of leaving the London club after falling out with his long-time manager Mauricio Pochettino.

Reports indicate that Victor Wanyama’s timeat Spurs seems to have come to an end after losing trust from manager Mauricio Pochettino.

For recent games, Victor Wanyama has been pushed further down the pecking order by his manager. He was confined to the bench for the entirety of their opening fixture against Aston Villa.

On Saturday against Manchester City, Pochettino fielded an 18-year-old midfielder in Oliver Skipp ahead of the Kenyan born player.

Skipp together with new signing, Tanguy Ndombele, Harry Winks, Eric Dier and Moussa Sissoko have all been preferred ahead of the 28-year-old midfielder.

Wanyama’s career at Spurs has been marred by bursts of nagging injuries, which have kept the midfielder out of action in crucial parts of the season.

After joining from Southampton in the summer of 2016, he made 36 appearances in 38 games with 35 of them being starts.

At the start of 2017/18, Kenya star Victor Wanyama got a knee injury that ruled him out for over four months till January 2018 making just 18 appearances in that campaign.

Persistent injuries coupled with the Argentine boss’ tactical evolution in recent games has contributed to the Kenyan’s lack of appearances.

Earlier during his first season at the club, Pochettino favoured a 4-2-3-1 formation which employed two sitting midfielders but has slowly moved away from that lately and constantly utilizes a 4-4-2 diamond, which makes use of one midfield pivot.

When the former Southampton boss has his full array of options to pick from, Winks occupies the role in front of the defence, with Eric Dier (who’s equally adept at centre-back) acting as his direct replacement, while Wanyama comes in at third.

On occasions where the Spurs boss chooses to play two in central midfield, either in a 4-2-3-1 or 3-4-3, those two, as well as Sissoko and, sometimes, Christen Eriksen, are called upon.

Meanwhile, Victor Wanyama has attracted interest from Turkey giants Galatasaray. This will be a chance of increased game time for him to reignite his collapsing career.

The Super Lig champions have reportedly sent club representative Sukru Haznedar to London to help the Yellow-Reds secure a deal before the August 31 deadline as they aim to strengthen their side for their title defence, as well as continental football. 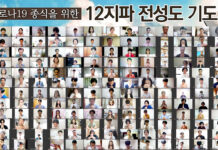 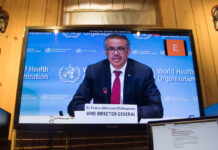 Lift lockdowns Only With Strict Measures, warns WHO Chief Tedros 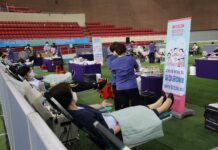