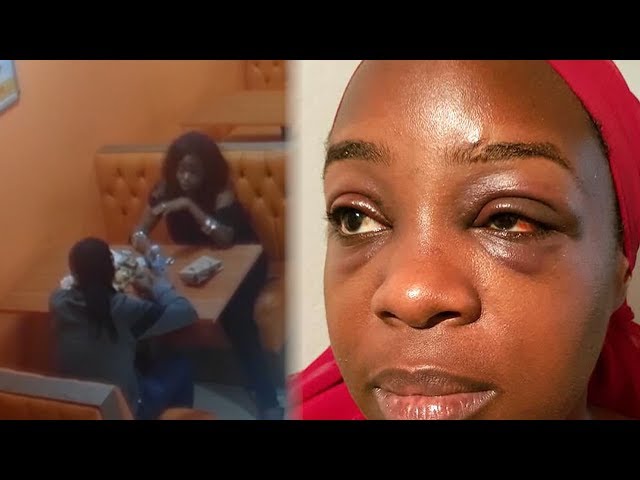 Last week female local singer and daughter to the late tycoon Bonny Katatumba dominated social media and all Uganda celebrity news over two controversial incidences that happened. She was disowned by the Pakistan Embassy over allegations that she illegally acting as the Pakistan Consul in Uganda which Angella Katatumba declined and insisted that the government of Pakistan gave his father Katatumba authority to represent it Uganda and on his death, Angella Katatumba took over this office to fulfill his father’s projects.

The other incidence was when she was beaten up badly at Chicken Tonight, a chicken restaurant in Kabalaga together with Kuz another upcoming artiste. Three employees were later arrested and remanded over assaulting Angella Katatumba.

And on Monday 23rd, everything turned against the ‘for you gulu’ singer after the release of a video recorded during the fight at chicken tonight and circulated all over Uganda online news. The video shows that Katatumba actually started the war when she used a dustbin at the workers. The incidence started after Kuz, a less known upcoming artiste who refused to contain hand washing soap pouring after using it and later on Katatumba was seen throwing an object to waitress in the counter.

After Katatumba is seen throwing a dustbin at the waiters which they later used to thump her face and head. The Katatumba who cried for the help of the public to sympathize with her has turned out to be the trouble causer. It’s not clear what the authority will do to Angella Katatumba and embattled waiters who are still behind the bars.