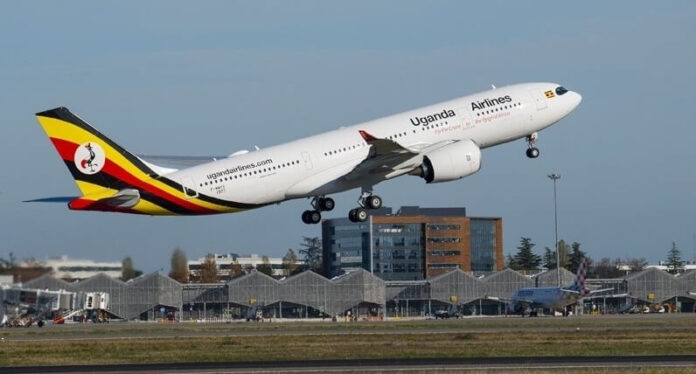 The nation’s premier passenger and cargo carrier is Uganda Airlines. In East Africa and nearby foreign markets, it offers scheduled air transportation services.

The carrier is an expansion of the earlier Uganda Airlines, which ran from 1977 to 2001.

Uganda Airlines began operating scheduled flights to Kinshasa in the Democratic Republic of the Congo on December 18, 2020.

With the arrival and addition of new aircraft to its fleet, Uganda Airlines broadened its route network and currently also flies to Dubai, Kinshasa (DRC), Zanzibar, Johannesburg, and Addis Abeba.

Uganda Airlines stated that its priorities included launching a domestic service in partnership with current domestic providers; expanding travel options to Europe and DRC; launching services in China, Saudi Arabia, Nigeria, and India; and obtaining a license from the Approved Maintenance Organization (AMO).

The first A330-841 was delivered by Airbus to a delegation of Ugandan government officials on December 21, 2020.

The second A330-841 was delivered to Entebbe, Uganda, on February 2, 2021, increasing the fleet size of Uganda Airlines to six aircraft.

Where is Uganda Airlines located?

The Uganda Airlines corporate offices are situated inside Entebbe International Airport in Wakiso District, about 34 kilometres by road south of Kampala, the country’s capital city. 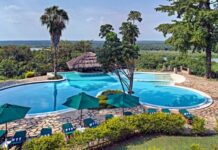