Here are some tourist attractions in northern Uganda you must see on your next safari, including Murchison Falls National Park and Kidepo Valley National Park.

When tourists come to Uganda they don’t fully visit northern Uganda, yet it’s bustling with so much beauty. Can you believe that some of the best national parks are found in northern Uganda?

The third largest national park in Uganda, Kidepo Valley National Park is located in Karamoja, the country’s northeast. It has a total area of 1,442 square kilometers.

On your road trip to northern Uganda, you really must stop at Kidepo Valley National Park. It’s one of the top destinations for a game drive.

The Amuru hot springs are a beautiful water source in the Amuru region. They are well-known among the locals for their curative qualities.

Leaders of the Acholi culture have historically made sacrifices there to keep bad omens away from the area.

Before attacking villages, the LRA rebel leader Joseph Kony was rumored to periodically travel here to make sacrifices to the spirits.

Local tourists are particularly drawn to the Aruu Falls in the Gulu district. Hikers can enjoy stunning views of the wide Acholi land plateau from the Ajuru highlands. History has it that the Luo people originated frthe, the Amuru region.

They however eventually went to Kenya, the northeastern Congo, and South Sudan, are said to have their origins here. This is told through the story of Gipir and Labong.

The Lamogi people battled the British with weapons they had acquired from the Arabs in Sudan. Their weaponry included arrows, bows, spears, and Byeda and Tasa guns.

When the British attempted to mark those weapons to charge a tax on them, the uprising erupted.

The Lamogi fighters were forced to surrender and many of them died. It’s believed that they died as a result of the British pouring poison into the caves, leading to their victory.

Tochi beach, a low-lying sandy bank of the River Tochi, is situated about 20 kilometers south of Gulu town.

The beach can become a popular destination for outings, camping, and bandas.

The largest national park in Uganda, Murchison Falls National Park, is situated in northwestern Uganda. It spans an area of 3840 square kilometers near the Gulu-Masindi highway.

It is also Uganda’s oldest protected area, home to 450 different bird species and more than 76 different species of mammals.

On your road trip, you can go on morning and afternoon game drives at the Murchison Falls National Park.

Here, you can meet the early risers who come out in search of food. It’s also the finest place to see the Big Five—elephants, lions, buffaloes, hippopotamuses, and rhinoceroses.

In Ajulu parish, Patiko sub-county, Aswa county, the Fort is situated 30 kilometers from Gulu town. It was built as a center for the acquisition of slaves.

The same Fort was occupied by Sir Samuel Baker from 1872 to 1888 before serving as the offices of Emin Pasha and Gordon, the respective governors of the British Protectorate’s Equatorial Province at the time.

The northern Ugandan insurgency prevented the Fort from being fully utilized for tourism.

It’s unbelievable that hotel and catering is among the tourist attractions in northern Uganda. But, it’s true. There were 26 lodging facilities in the Gulu district a few years ago.

Numerous new lodging facilities have opened up today. This is in response to an increase in demand from the district’s aid organizations. 535 beds can be found within the district.

Among the top hotels in the area are Hotel Pearl Afrique in Gulu town and the Paraa Safari Lodge in Murchison Falls. In the district, the industry employed 419 people.

The goal of this organization is to alleviate the trauma and unfavorable childhood experiences that children in the post-conflict region have experienced.

The Recreation Project encourages young people to be open and vulnerable. They trained to notice and respond to their emotions, and to find their inner strength.

This is done through outdoor adventure and transformative play.

Among the amenities on this five-acre woodland site are a 30-meter climbing wall, high and low ropes courses, and ziplining.

The Recreation Project’s staff can help you organize a retreat and design a special team-building activity. You can even show up to one of their events to take advantage of all the outdoor activities the venue has to offer.

Karuma falls is a must-visit destination in tourist attractions in northern Uganda. The southern and eastern portions of Karuma Falls are in Masindi, while the western portion is in the Gulu region.

The projected subterranean electrical dam’s plans provide for little to no interference with the falls’ visual appeal.

The Masindi district’s falls, already have tourist campgrounds on the southern side. There’s a lot of potential for tourism development.

In the Atiak forest reserve near the Albert Nile, there are lots of colobus monkeys.

Hill climbing is possible on a few of Gulu’s isolated hills. Hills Kilak, Ato, Patiko, and Moro are among them.

Is northern Uganda Safe for tourists?

Since the LRA left, Northern Uganda has maintained its stability. It may be among the safest regions in Uganda today.

Small crime still occurs which is the same for every other region around the country. It’s only common-sense-acts that can keep you safe. While traveling or relaxing, make sure to keep a close watch on your bag.

As a precaution, put your phones and valuables away. You will prevent yourself from falling victim to petty thieves and grab-and-run incidents.

Northern Uganda as a region has had a dark past but things are all better now. Peace has returned and now almost every part of the region can be visited. 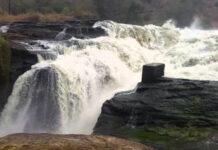 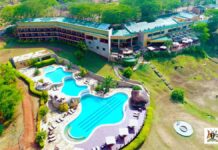