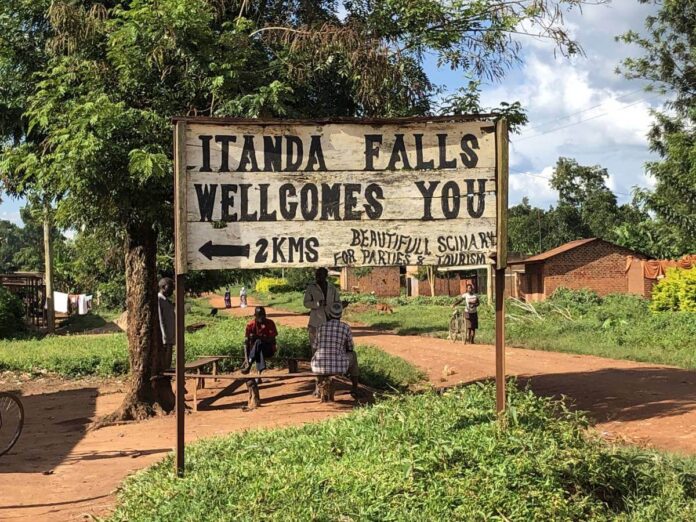 The following are the top tourist attractions in Eastern Uganda that should not be missed.

Here, we will share with you some of the most breathtaking tourist attractions in eastern Uganda. The eastern region is one of the most stunning areas on earth.

It’s also well-known for being home to the Nile’s source in Jinja, among other things.

Let us take a look at some of the top tourist attractions in Eastern Uganda right now.

Mt Elgon National Park, is spread out over the slopes of an extinct volcano. It’s one of the best places to see a variety of monkeys.

Bird-lovers get to see many birds as well, including the uncommon Jackson’s francolin, alpine chat, and white-starred forest robin.

For much larger animals like leopards, hyenas, buffalo, and elephants, it may be a little harder to spot.

Most tourists visit the park the trekking and stunning scenery that are dotted with cliffs, caves, gorges, and waterfalls.

Elgon has five main peaks, the highest of which, Wagagai standing at 4321m. It is located on the Ugandan side.

Among the figures are zebra, canoes, humans, and concentric rings. It’s 10 kilometers west of Kumi.

The synagogue is a surprising discovery in this area of the woods. It is a straightforward but attractive rustic red-brick structure.

On Nabugoye Hill, specifically the outskirts of Mbale, the Jewish “Abayudaya” community has existed since the early 20th century.

Their Services are held on Fridays from 6 to 8 p.m. in both English and Hebrew. On Saturday service is at 9 a.m. A guesthouse is also present.

A boda-boda (motorcycle taxi) costs about to get USh4000; a special-hire cab from Mbale costs USh30,000.

If you want to get away from the craziness of Kampala for a day or two, we recommend Mpanga Forest Reserve. It’s around 35 kilometers outside of Kampala. It’s a good choice to spend the weekend away.

While there, red-tailed monkeys can be spotted during the day. Bushbabies can be seen during supervised night treks.

Ngamba Forest Reserve’s most famous inhabitants are its 181 species of butterflies.

Although Mpanga Ecotourism Site offers accomodation, the majority of visitors come for a day trip. It’s cost only USh20,000 per person to get there.

Heard of the famous Shoebills? They can be seen in abundance at Makanaga Wetlands, a part of the broader Mabamba Wetland System.

To get there tourists can use the Kampala-Masaka Rd and the route that descends from Kamengo Trading Center. It is about a 60 km journey from Entebbe.

The six different degrees of whitewater rafting are present at Itanda Falls. Itanda Falls is one of Uganda’s most amazing and stunning hidden gems. It is much-loved by Kayakers and Rafters.

Also, it was once visited by Prince William of Great Britain.

The gorgeous River Nile, and longest river in the world, is also home to roaring waterfalls. Its water depth is reported to be 100 meters. The river’s whirlpools can take a person down 50 meters before releasing them.

Even the most seasoned divers can get trapped by the sharp rocks and rocket-like current.

Among the tourist attractions in eastern Uganda, Nagamba island is a must-visit.

There are over 40 orphaned or rescued chimpanzees that are unable to return to the wild. They now live at Ngamba Island. It has become a Chimpanzee Sanctuary, sometimes referred to as “Chimp Island,”.

It’s situated in Lake Victoria, 23 kilometres southeast of Entebbe. The remaining 40 hectares are left to the chimpanzees.

They come out of the forest twice daily at 11 am and 2.30 pm for feeding. Humans are restricted to one hectare of the 40. This coincides with peak visitation hours on the island. Visitors may observe the chimpanzees from an elevated platform.

Each chimpanzee has a profile that describes its unique personality and background. The guides are there to help with that. Large monitor lizards and a variety of birds are also present.

The Chimpanzee Sanctuary & Wildlife Conservation Trust, which organizes day visits and lodging, is responsible for the island’s development.

It’s a little expensive when you’re to travel alone. We recommend that you travel in groups of one to two for better rates. With larger group sizes, it’s less expensive.

The half-day trip covers admission, a guide, and boat transportation. Two daily voyages are leaving from Entebbe: one at 9 am, and one returning at 12:45 pm. The other is at 12:45 pm, returning at 4:45 pm.

A stay in a standalone, solar-powered safari tent is an option provided by the CSWCT (first night/additional nights US$539/185). Prices are based on two visitors.

This includes hotel, full board, transportation, activities, and entrance.

This hydroelectric power plant is situated across the White Nile from its source at Lake Victoria in Uganda. It was formally called Owen falls dam.

It helps provide electricity for use in Uganda and Kenya.

The source of the Nile

The Nile’s source is a very satisfying experience. It will leave you with lifelong memories. Along the banks is a golf course, and the Nile’s source.

The Niles source serves as a lovely focal point for the water flowing from Lake Victoria. While there, you can enjoy white water rafting and kayaking along the Nile River.

Sipi Falls is a well-known destination in eastern Uganda. It’s right on the edge of Mount Elgon National Park. The name Sipi was chosen after the wild banana plant that thrives nearby.

The trip to the waterfalls is always so breathtaking. It doesn’t matter how many times you look at them. The feeling never gets old.

Additionally nearby, you may visit coffee farms, discover caves, or go for a nature walk.

You’ll discover something as you go from Mbale to the regions of Sironko, Bulambuli, Kapchorwa, and Moroto. The spectacular Sisiyi Falls stands out from a distance.

Also, the Elgon Mountains’ lush green back is overshadowed by these falls. Sisiyi Falls has been one of the least popular and least-known waterfalls in Uganda. However, you now know about them.

There’s so much to discover in Uganda especially the eastern part of it. The tourist attractions in eastern Uganda we’ve listed are not exhaustive but, they are the best.

You should take some time off and visit eastern Uganda. It’s indeed a place of wonders.