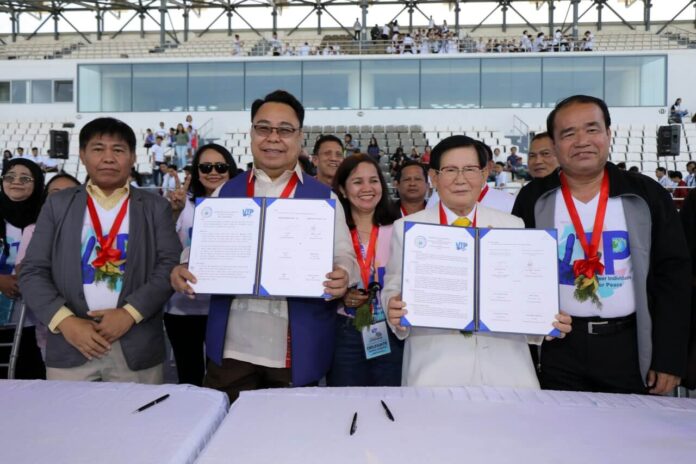 The desire for peace after independence

Even after independence from Britain, there have been many victims of bloodshed in some areas, large and small conflicts, and many years later, tensions remain.

However, despite such tensions, voices wishing for peace in Africa are coming from all over the world as well as in Africa.

“Africa’s strongest characteristics, such as tolerance, kindness, resilience, and resolution, are the basis of negotiation, mediation, and reconciliation.”

In 2015, the United Nations adopted the Sustainable Development Goals (SDGs) with 17 goals for global members to achieve by 2030, of which SDG16 has a key goal of peace, justice, and inclusion.

Now that the global community is striving to promote a peaceful and inclusive society for sustainable development, provide judicial access for all, and establish an effective and inclusive system at all levels, we introduce the peace process achieved by a non-governmental organization on Mindanao Island in the Philippines.

This is what people around the world said when they saw the land of death, where more than 120,000 people died in the bloody conflict over 40 years.

However, in January 2014, the HWPL, an NGO registered with the UN Economic and Social Council, visited Mindanao for reconciliation and cooperation at the civil society level for long-term peace.

In 2014, the HWPL brought a peace agreement between Mindanao’s local leaders and non-governmental organizations, calling for an end to the conflict and cooperation for peace.

Even after the civilian peace agreement, efforts for sustainable peace in Mindanao are continuing as a peace project based on cooperation between the government and non-governmental organizations to strengthen citizens’ sense of peace, including peace education and peace and cultural activities.

The solution drawn by the international community to Mindanao, one of the largest bloody conflict zones in Southeast Asia in the 21st century, was a cooperative structure on peace that connects the international-state-regional level and directly participates in by citizens.

At the 8th anniversary of 1.24 HWPL Peace Day held on Jan. 24 this year, KGI CEO Danilo Mosin said at the ceremony that he experienced the brutality of the war while living in Mindanao, Philippines as a child and witnessing the 40-year bloody conflict between Catholics and Muslims.

Eight years ago, Lee Man-hee, the representative of the HWPL, visited Mindanao to mediate the peace agreement, so today we can celebrate this amazing peace day with the HWPL.

Now, the meaning of ‘January 24th Peace Day‘ is spreading not only in the Philippines but also in the hearts of everyone in the world.”

Mr. Lee, the representative of HWPL, said in a congratulatory speech to mark the eighth anniversary, “I have transcended borders and religions for the sake of global peace. “Nothing is greater than peace, nothing is more important than this as legacy,” he said. “January 24, 2014. I remember everything that day. God blessed us. What happened then was the happy and joyful work of peace,” he said.

As in Mindanao’s case, HWPL is creating peace activities that link the cooperation of global citizens (government, schools, media, youth, women, religion, civil society, etc.), which is considered a new approach as part of efforts to establish peace as a culture and norm.