A stomach ulcer forms when the stomach lining is damaged. Gastric ulcers are another name for stomach ulcers. What are the treatments for these sores?

Because of far more effective therapies, they have been significantly less common since the 1980s. As a result, those suffering from stomach ulcers now recover substantially faster.

The phrase ‘peptic ulcer’ refers to stomach ulcers caused by an excess of acid in the stomach. This comprises stomach ulcers as well as ulcers in the duodenum, the first segment of the small intestine.

This article is going to highlight some of the most effective ways to treat a stomach ulcer.

How to get rid of a stomach ulcer

You can simply get to know more about these remedies by simply typing “How to treat stomach ulcers on your browser.”

The following are a few examples of different renowned ways to treat a stomach ulcer.

Probiotics are living bacteria that provide a variety of health benefits. Their benefits vary from enhancing mental health to gut health, including the potential to prevent and treat ulcers.

Although the exact mechanism is unknown, probiotics appear to encourage the creation of mucus, which coats the stomach lining and protects it.

They may also encourage the creation of new blood vessels, which facilitates the transport of healing components to the ulcer site and speeds up the healing process.

There is a widespread belief among ulcer patients that consuming chilli peppers too frequently or in excessive quantities might lead to stomach ulcers.

Persons with ulcers are frequently advised to minimise or avoid their consumption of chilli peppers.

However, a new study indicates that these peppers are unlikely to cause ulcers and may even help treat them.

This is due to the presence of capsaicin, an active component that appears to inhibit stomach acid production while increasing blood supply to the stomach lining.

Both of these elements are regarded to aid in the prevention or healing of ulcers. Capsaicin, which is present in chilli peppers, may also aid in enhanced mucus production, which can coat and protect the stomach lining.

Cabbage is a well-known natural ulcer treatment. Doctors reportedly used it to treat stomach ulcers decades before antibiotics were available.

It’s high in vitamin C, an antioxidant that has been demonstrated to aid in preventing and treating H. pylori infections. These are the most common causes of stomach ulcers.

Several animal studies have shown that cabbage juice is beneficial in treating and preventing a wide range of digestive ulcers, including stomach ulcers.

Honey is an antioxidant-rich food that has been connected to many health advantages. These benefits include better eye health and a lower risk of heart disease, stroke, and even certain types of cancer.

Honey appears to both prevent and promote the healing of numerous wounds, including ulcers.

Furthermore, researchers believe that honey’s antibacterial characteristics can aid in the fight against H. pylori, one of the most common causes of stomach ulcers.

Several animal studies confirm honey’s capacity to lessen the likelihood of developing ulcers and the length of healing time. Human studies, however, are required.

Among the various ways to treat a stomach ulcer, the use of honey is one of the most preferred ones.

The spice liquorice is native to Asia and the Mediterranean region. It is a popular traditional herbal medicine made from the dried root of the Glycyrrhiza glabra plant and is used to treat a variety of illnesses.

According to certain research, liquorice root may have ulcer-preventing and ulcer-fighting capabilities. Liquorice, for example, may stimulate the stomach and intestines to generate more mucus, which aids in the protection of the stomach lining.

The additional mucus may also aid in the healing process and alleviate ulcer-related pain.

According to the researchers, some chemicals present in liquorice may inhibit the growth of H. pylori.

However, most researchers have focused on the usage of these substances as supplements.

The plant aloe vera is widely used in the cosmetic, pharmaceutical, and food industries. Its antimicrobial and skin-healing effects are well known.

Surprisingly, aloe vera may also be an excellent treatment for stomach ulcers. Aloe vera eating dramatically reduced the amount of stomach acid produced in rats with ulcers in one research.

In another study, aloe vera was found to have ulcer-healing properties comparable to omeprazole, a prominent anti-ulcer medicine. However, little human research has been conducted.

One study used a concentrated aloe vera juice to successfully treat 12 patients with stomach ulcers. When you search for ‘how to treat stomach ulcer remedies’ on the internet, you will always come across the use of aloe vera.

Mastic resin is derived from the Pistacia lentiscus tree, sometimes known as the mastic tree. Mastic is also known as Arabic gum, Yemen gum, and tears of Chios.

Mastic trees are native to the Mediterranean region, and their sap can be dried into the brittle, translucent resin. When chewed, this resin softens into an opaque white gum with a pine-like flavour.

Mastic has long been used in traditional medicine to treat gastrointestinal diseases such as stomach ulcers and Crohn’s disease.

Recently, animal studies have revealed that it may be an effective natural ulcer treatment.

Turmeric is a South Asian spice that is used in a variety of Indian recipes. It is easily identified by its bright yellow colour. Curcumin, the main component in turmeric, has been linked to therapeutic benefits.

These include enhanced blood vessel function, less inflammation, and a lower risk of heart disease. Furthermore, the anti-ulcer potential of curcumin has recently been tested in animals.

It looks to have enormous therapeutic promise, particularly in avoiding H. pylori-caused harm.

It may also assist in enhancing mucus secretion, which protects the stomach lining from irritants. Only a few human studies have been conducted.

In one trial, 25 patients were given 600 milligrammes of turmeric five times each day. In conclusion, there are quite many methods used to treat a stomach ulcer today.

As mentioned above, you can always find out more about these remedies by simply searching ‘how to treat a stomach ulcer’ in your preferred browser. There is so much information out there. 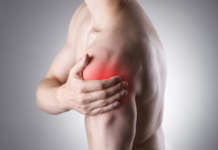 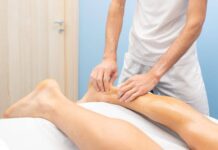