Every year the Republic of Uganda its Independence Day celebrations on the 9th of October. This was the day Uganda gained independence from Britain, the colonialists.

However, Forum for Democratic Change (FDC) Party has vowed to shun Uganda’s Independence celebrations of this year that are due on Wednesday 9th of October at Kololo Independence grounds, just as it has been in the recent years.

Forum for Democratic Change says they are going to hold parallel Independence celebrations at Najjanankumbi where FDC’s headquarters are situated.

In a press conference held on Monday 7th October 2019, at the Party’s headquarters in Najjanankumbi, Ibrahim Semujju Nganda, the FDC spokesperson said that government is wasting a lot of money arranging useless celebrations when the majority of Ugandans are suffering.

According to Ssemujju’s analysis, 70 per cent of Ugandans are very poor and unable to pay their children’s school fees.

“Independence is not only about passing time, but to celebrate the achievements the country has achieved. The government is just wasting a lot of money in these celebrations,” Ssemujju said.

Ssemujju adds that Independence day celebrations are meant to mark the country’s achievements’.

He, however, disclosed that FDC has organised a lecture to be delivered by Rt Col. Dr Kizza Besigye Kifeffe, leader of People’s Government, the four-time presidential candidate and former FDC president.

In this lecture, Dr Besigye is expected to give an analysis on how Uganda attained Independence on Tuesday 9th October 1962, and how much the country has done, ever since it gained Independence including other related matters.

Ssemujju further asked the government to abolish Independence celebrations and reserve the money used in arranging this kind of functions, for other services that Ugandans needs just like Tanzania did.

“I advise the president to pick a leaf from our neighbours, Tanzanians where Independence celebrations were abolished,” Ssemujju noted.

On 25 May 1963 the Organisation of African Unity was formed in Addis Ababa the Ethiopian capital and Uganda were among the founders.

On 4th October 1963, Uganda got its first President after the National Assembly elected Sir Edward Mutesa as President at that time.

And after his election, Uganda’s Television began broadcasting in 08. October 1963 to the nation. And on 1 October 1964, the General Service Unit is created as Uganda’s first intelligence agency. 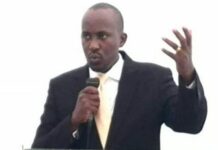 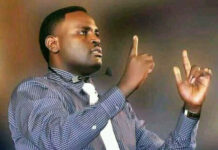 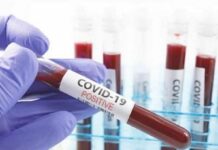