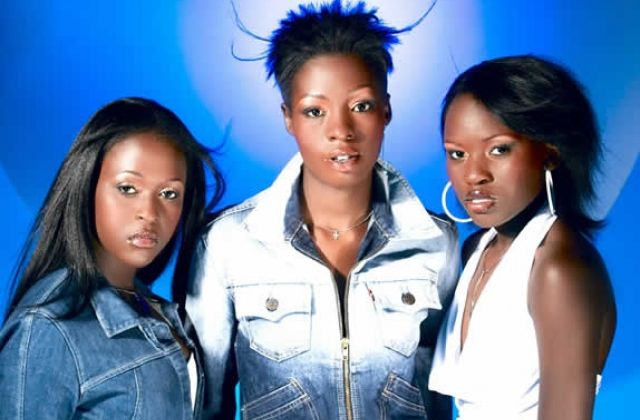 LOOKING BACK: Ugandan has many entertainers and like is with radio and TV business, there is always a rush to tap the smooth, sultry voice or the funny character. There are entertainers whose voices have been on radio before but you probably did not know.

Bebe Cool
Bebe Cool no doubt works hard and his hard work is majorly reflected in his music. What you may probably not know is that Moses Ssali once graced these local airwaves with his husky voice as a radio presenter. Bebe Cool was a presenter at Capital Radio doing the KT-20, a programme that aired on weekends. The musician was there in 2003 and his voice was quite a catch. He, however quit the radio job almost a year later because it was interfering with his weekend gigs.

Juliana
Talk of Ugandan divas and Juliana Kanyomozi’s name will be the first to pop up. She has inspired many in the music game and also made a name for herself through music, but few will remember her radio job. Juliana was a presenter on Capital FM, where she started work in 2001, presenting four programmes; AM to PM, The Drive Show, The Late Date and Yo Requests on Sundays. Radio was the songbird’s first job after quitting I-jay, where she sang alongside Irene Namubiru, but it was not long before Juliana’s voice was off air.

Rumour has it that she was fired from the station for reportedly going on a US tour without management’s permission. But Juliana denies this, saying she resigned in February 2007 to concentrate on her pursuit of a solo music career. In July this year, the diva started a programme called The Sit Down with Yana, which exclusively features on Youtube. In the episodes she has run, she has interviewed celebrities such as Sheila Gashumba, Faridah Nakazibwe, Sheebah Karungi, Anita Beryl and Rema Namakula, among others.

Jackie Chandiru
Jackie Chandiru has been off the scene for long. And while we keep praying for her quick recovery and musical return, we will refresh your memory on something you probably had forgotten. Because the former Blu *3 member’s stints on all the radio stations she worked were quite short, it is easy to forget her as a radio presenter. The Agassi singer can be remembered for working on Metro FM, Radiocity and Capital FM, but she spent less than a year at all the stations.

Big Tril
The former Baboon Forest rapper joined XFM in 2012, presenting a programme called TXR; a night request show that aired from 8pm to 10pm. He, however, quit in 2015 but did not give the exact reason for his leaving. A reliable source we spoke to, however, said the rapper had signed a contract with a certain record label which needed all his focus on music. He was replaced by Mary Luswata on the programme.

Walden
Walden started as a receptionist at Dembe FM and when ownership of the radio station changed to Nation Media Group, her new bosses thought it wise to give her a slot on air. She presented a teens show every Sunday before joining Dembe Taxi where she replaced Desire Luzinda. Was the radio job what killed her music career? Your guess is as good as ours. What we know, however, is that her radio journey was cut short in 2013 when she decided to travel to the UK for kyeyo.

Ragga Dee
Dan Kazibwe once proclaimed himself grandfather of Uganda’s music industry. That, is debatable but one thing we are sure of is that he was quite a vocal catch when he worked on radio. The singer, known to many as Ragga Dee, had a stint on Dembe FM where he presented the Saturday Dance Party show alongside DJ Shy and Ivan. He, however, only worked from February 2002 until December, before throwing in the towel to concentrate on his music career. Because Ragga Dee’s show aired on Saturdays, it meant that he would miss out on many weekend gigs, so he had to choose. He quit in 2009.

Emperor Orlando
Nakonkona. Remember that song? Then Emperor Orlando must come to mind. When music did not go as far as he hoped, Emperor Orlando real name John Ssozi decided to try his luck on radio, joining Sanyu FM as presenter of the Cyclone show between 1997 and 1998. He later left and joined Star FM, then later UBC FM, Dembe FM and finally Suubi FM. Things at Suubi did not, however, go so well, with Orlando citing unfulfilled contract terms and non-payment. He quit and is currently, in his words… “just there”.

Salvado
What has Patrick ‘Salvado’ Idringi not done in this town? From engineering, comedy, emceeing, to selling pizzas. Now we are reminded of a radio gig – cheeei! Boy has been there, done it. Salvado worked on Capital FM for at least three years, co-hosting an evening programme called Overdrive with Alex and Lucky.
He quit in 2014 to concentrate on his comedy and in one of his earlier interviews, he was quoted saying: “I have been quite unfair to Capital FM with my absenteeism from work, yet they gave me a platform and they have never raised any queries, in all fairness, why on earth would I cheat a station I love so much and receive a salary yet I will not be available?”
The comedian has since blossomed into an African star since leaving the job.

Desire Luzinda
“I used to host The Weekender show on WBS TV and I enjoyed it a lot. But my passion was music, and because I could not manage to balance the two, I had to choose one,” Desire once said in one of her interviews. TV was, however, not the Kitone singer’s first job, as she is remembered for presenting Dembe Taxi on Dembe FM. She was on the show in 2011 and stayed on it for close to a year. We also leant that she had a short stint with Radio Simba.

Lilian Mbabazi
Lilian Mbabazi and Karitas Karisimbi are best friends now and their friendship stems from way back. The former Blu*3 member replaced Karitas as co-presenter of the morning show with Gaetano Kaggwa and Oulanya Columbus on Capital FM in 2006. She later went on to present the countdown on Saturdays from 6pm until 8pm. In 2013, Lilian joined Radiocity but quit afterwards to concentrate on her music. “I quit because I was not giving in quality time. I wanted to concentrate on my music yet radio demands a lot of your time as well. I was very inconsistent because you would find that I had been booked to perform at a show yet I had to be on radio at the same time. It was not fair to them,” Lilian said in a past interview.

Keko
Before rapper Jocelyn Keko ‘denounced’ her Ugandan citizenship and settled herself in Canada, she had made herself quite a name. Besides being the biggest female Ugandan rapper, Keko had worked on XFM as presenter of the Text Request Show in 2011. She joined the radio station at a time when her career was on a good level and when asked why, Keko said radio was something she grew up wanting to do. “I had always wanted to work on radio. I did not want anything to do with office work,” she said. But like any new job, it was not a smooth ride. “I got very nervous the first time I went on air. I saw many different colours of buttons, volume knobs and I worried that I was going to faint! I was stammering! But the more I did the work, the better I got.” Keko was at the station upto 2012