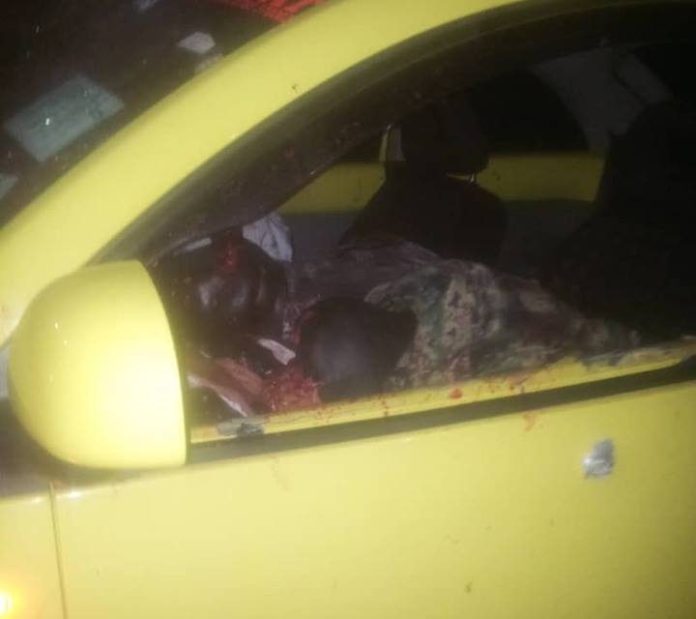 Uganda Police Force through its spokesperson has confirmed the death of Arua Municipality Member of Parliament and popular NRM supporter Hon. Ibrahim Abiriga was shot deead with his body guard (Names still unknown) who were shot near his home in Kirinyabigo, Kawanda in Wakiso district.

The latest Uganda news reaching Flash Uganda Media indicates that Ibrahim Abiriga was shot with several bullets both in the chest and in the head which left him mute. Reports indicates that Abiriga was last seen together with his yellow car at Serena Hotel Kampala during the State of Nation Address where President Yoweri Museveni and Abiriga’s friend addressed the country about the current constitution when he mentioned the high level of insecurity, criminal cases and failure of the Inspector General of Government ( IGG) office to perform its roles among others.

Ibrahim Abiriga is remembered to be one of the NRM member of parliament who supported and campaigned against the togikwatako movement which wanted to limit a presidential candidate to stand as president even above 75 years of age. This developed anger and hatred among opposition leaders to whom his murderer is connected.

Abiriga has now joined Felix Kaweesi, Hajji Kiggundu and other politicians who have been shot dead by unknown people and the police force has failed to identify and punish the murderers.

Abiriga will be laid to rest next week at his local area in Northern Uganda.

May their souls rest in eternal peace.