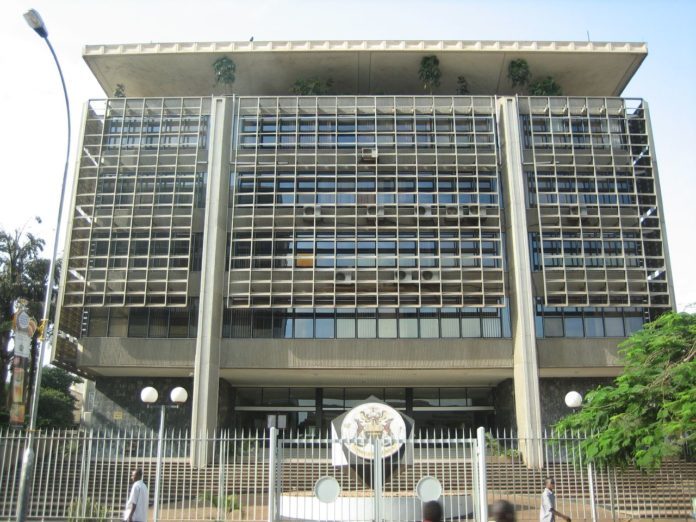 The Bank of Uganda Governor Emmanuel Tumusiime Mutebile has said his bank will not give any credit to distressed commercial banks in the latest Uganda news. Mutebile’s warning comes after it recently emerged that DFCU Bank was unable to secure liquidity in form of a loan from the bank of Uganda.
It has also emerged that about six commercial banks are loss making, sending fears that they could close soon.

“We will not give credit support to distressed banks in the hope of the banks making money later because of poor management,” Mutebile told delegates attending the annual Uganda Bankers’ Association (UBA) conference at the Kampala Serena Hotel on Tuesday.

Sources say DFCU Bank presently does not have enough liquidity to lend out despite making net profits of Shs127 billion in the year 2017. In January 2017, Bank of Uganda controversially sold Crane Bank assets to DFCU Bank for Shs200 billion, even as the central bank claimed to have spent Shs200 billion on recapitalization of the defunct bank.

In another development Mutebile has said that all banks have the potential to fail as long as they transact business. “It is not possible for Bank of Uganda to guarantee that no bank will ever fail because that would require the elimination of risk-taking by banks, which would in turn hinder the very purpose of financial intermediation,” he said.