He is an African reggae and raga musician who started his career around 1997 in Nairobi, Kenya but moved back to his native country Uganda a few years later.

Bebe Cool was one of the first artists affiliated with Ogopa DJs, a production house and record label in Kenya.

Bebe Cool is a three-time winner of the Artist of The Year at the Prestigious HiPipo Music Awards and won several accolades at Pearl of Africa Music Awards (PAM Awards).

Moses Ssali alias Bebe Cool was born in September 1st, 1977 (age 42 years) to Jaberi Bidandi Ssali. He was raised by a single mother in Kampala suburbs after his parents separated. Telling his story, Bebe Cool says his father is a wealthy man, but he abandoned him and his mother to suffer.

Although his father was an opulent government minister, he had to grow in the poverty-stricken home.

“I grew up with my mother looking at Bidandi Ssali (his father) with a lot of money yet I had to foot every day from home in Kanyanya to school in Kitante.”

Given the fact that Bebe Cool was raised by a single parent, under difficult circumstances, he had managed to beat the odds. “Despite having gone through such a situation, of all my siblings, I am the most successful.”

Using the example of her mother, Bebe encouraged single mothers to take responsibility even after their spouses rejects and abandons them.

“My mother used to operate a sewing machine, and on a good day she would make shs2, 000 of which she would give me shs300.”

And then Makerere College School for his Advanced Level of Education where he obtained his Uganda Advanced Certificate of Education (UACE).

Bebe Cool started nurturing his music career right from high school when he was acting as an entertainment prefect. But he started singing around 1997 in Nairobi, Kenya.

Through music, Bebe Cool acquired various Awards including music tours in the US and UK. Two of his popular singles are “Fitina” and Mambo Mingi”.

His lyrics are in Luganda, Swahili, and English. Together with Kenyan duo Necessary Noize, Bebe Cool has formed a reggae group known as the East African Bashment Crew.

The group released one album, Fire, and two hit singles, “Africa Unite” and “Fire”. And the group was nominated at the MTV Africa Music Awards 2008.

In 2013, Bebe Cool had a music battle with one of Nigeria’s top artist D’banj in a neutral place, Glamis Arena Harare Zimbabwe. The show was organized under the theme “Battle for Africa”. Beb Cool put up a great performance at the battle.

In 2014, Bebe Cool’s remade Born in Africa remix song, a remake of the late Philly Lutaaya’s song was voted among Africa’s greatest songs of all time.

The song came at number 15 in Fifty anthems for the African continent. BBC World Services listeners suggested the African songs that summed up the continent to them.

This was to mark the 50th anniversary of the African Union – formerly the Organization of African Unity, from the suggestions, BBC’s DJ Edu, who hosts a weekly African music show on BBC radio, compiled them into a special five-minute mix of 50 songs from 50 countries.

Bebe Cool has performed in the Big Brother house twice. From 2016 to 2018, there was a rising controversy against Bebe Cool for being a chief organizer for Yoweri Kaguta Museveni, the then-president of Uganda who had been described by international media outlets as dictatorial. Ugandans at one time chased him off the stage in a show before he could sing.

Before the rift widens between Bebe Cool and Bobi Wine, the two used to hold a musical battle titled Battle of Champion which no longer happens.

Every year Bebe Cool outs list of musician titled Bebe Cool List comprising of top musicians in that particular year, song and the musician every first day of the year.

The singer claims he has moral authority because of his over 20 years’ experience in the music industry.

In January 2010, Bebe Cool was injured when a policeman shot him.

“Most people who died were just in front of me. The blast was so loud – the next thing I saw was body parts flying over.”

In 2008, Bebe Cool performed for the Nelson Mandela 46664 concert at Hyde Park London, to mark Mandela’s 90th birthday. He was also named by Nelson Mandela as one of the 46664 African ambassadors.

46664 is a campaign of raising awareness against HIV/AIDS that was initiated by the late Nelson Mandela.

On 3rd August 2018, music lovers were treated with surprises at Bebe Cool’s music concert dubbed, “The Golden Heart”. At the concert, Bebe Cool was fundraising to sponsor five children with heart diseases to receive medical treatment in India.

He reasoned that Ugandans and well-wishers would throng the concert to fight for his cause which indeed happened.

“I am happy to report that this year, in partnership with Action for Disadvantaged people (ACDIPE), I was able to facilitate the travel and the successful operation on one of these children Sheila. There are, however, six (6) more such children that need our support if they are t

He had announced the show was to be held at Serena Hotel but decided to change the venue to a bigger space that’s Kololo after he learnt that Serena could not accommodate all his fans, two weeks to the day.

“Because Serena has limited space which couldn’t accommodate my fan base this time around, there is no difference with a concert at Serena only that at Kololo has enough space, ample parking space and tight security” he added.

Bebe Cool is married to Zuena Kirema and together they have five children namely; Deen Ozil Ssali, Alpha Thierry Ssali, Beata Ssali, Caysan Ssali including Allan Hendrick Ssali from an earlier relationship with another woman.

Singer Moses Ssali aka Bebe Cool has received a grant of close to $400,000 from donors to help TB patients.

The funding was received under his Amber Heart Foundation, a non-profit organization that supports activities aimed at finding missing TB patients in the districts of Kampala, Jinja and Mbarara.

”I am happy to inform you that I officially received a grant of close to USD 400.000 from Stop TB Partnership’s TB REACH initiative at a ceremony that took place in Ho Chi Minh City, Vietnam. The TB REACH initiative is funded by the Government of Canada and the Bill and Melinda

The artiste said he will use the grant to sensitize Ugandans about the need for TB testing and treatment.

”Statistics prove that 80,000 Ugandans die of Tuberculosis annually yet this disease are treatable in all government facilities moreover for free. It is also absurd that many of my fellow Ugandans do not know the symptoms of TB and never think to get screened/tested until it is

The beneficiaries of the Golden Heart are; Emmie Ogwang, Bbosa Rashid, Maseruka Jovan, Namuyomba Shilat and Mukyadondwa Anthony who travelled along with their guardians.

The kids received their treatment at Narayana Health Hospital in Bangalore, India.

Bebe Cool has been involved in various controversies ever since he rose to fame particularly with fellow musicians, among them include; Singer King Saha.

He says Bebe Cool should stop interfering into his private life because he hasn’t reached a level of warning him against anything, saying he lives his life.

King Saha said instead Bebe Cool should focus on his life because he too has weaknesses which he should correct.

Saha asked Bebe Cool to utilize the time he spends bickering about him to promote his son’s music career. In his remarks, Saha says the conflicts between him and the veteran Musician stems from the fact that he demands Bebe Cool 4m Uganda shillings, which he has refused to pay.

“But as for me who respects him in my magnitude, I think Bebe Cool’s issues are over my age. We have grown and we are now grown-up people.”

On the issue of having a musical battle, Chameleon said he cannot battle with Bebe Cool musically. He says his music is above Bebe Cool’s saying he has done music for a long time now.

Chameleon says they just talked about it with him, and according to him, Beb Cool should first battle with King Saha his friend, whom he hangs out with.

The other reason he gave was that he had a show on that particular day and had communicated before the tragic incident.

Also, Bebe Cool was recently engaged in a war of words with an opposition supporter named Kojja Omugezi a Ugandan living in Ireland who has also threatened to harm the artiste’s mother.

In a message posted on Facebook and WhatsApp, Omugezi accuses Bebe Cool of helping the NRM win Hoima by-election, which he claims was the worst Bebe Cool has done.

“Your last preaches in Hoima or she comes back and babysits all the NRM grandchildren as she’s graduate in babysitting. We don’t have guns as your friends used in Hoima but we are smarter than your Lumpens so when we say we want to liberate Uganda we shall use all means available 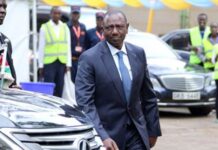 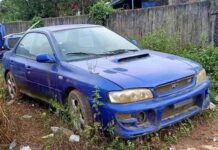