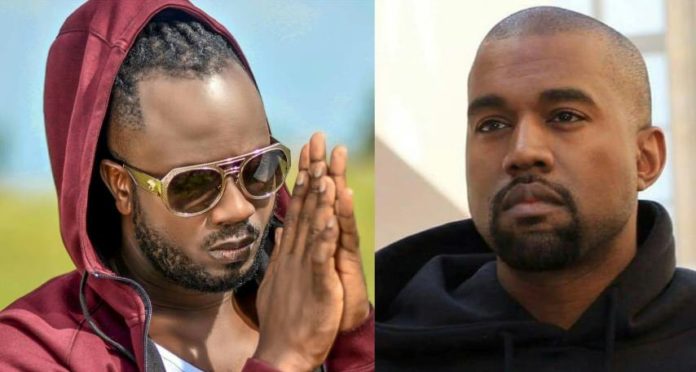 Bebe Cool will always have something up his sleeve that elevates him from the mediocre right to the top of Uganda’s showbiz where he truly belongs.Hate him or love him, after being appointed the UN Tuberculosis ambassador, Bebe Cool used his status to inform Kanye West that every local musician wants a collaboration with him but they are too shy to speak up.

“As an African open minded and know what i want artist, let me be the first one to openly make this request without any fear because it’s within a lot of young people in Africa to know what they want but fear to try, or make a move and by me doing this, my hope is it will inspire them to always confront challenges head-on,” Bebe Cool wrote on his Facebook page.

Bebe was quick to console himself in case his request is turned down.

“I will understand if it doesn’t happen but at least i did not shy away from what i am sure all African artists would want me inclusive. Otherwise i will be honoured if my request is granted but in the meantime have fun in Uganda because it is the Pearl of Africa.”

Currently in the US, Bebe Cool thanked the American rapper, producer and fashion designer for choosing Uganda as the African destination to finish his album.

We shall keep you updated here at Flash Uganda media