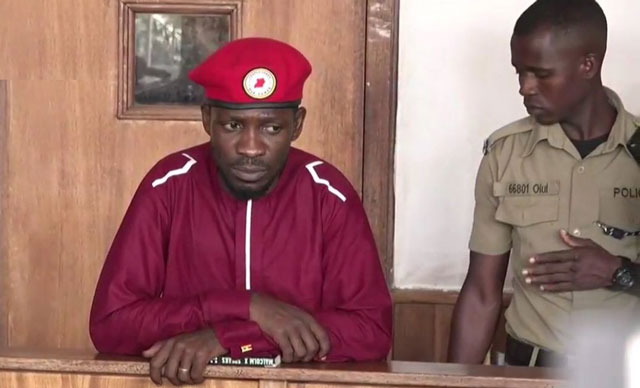 The Kyadondo East legislator, Robert Kyagulanyi aka Bobi Wine was yesterday Thursday the 2nd of May 2019 granted bail after spending three days at Luzira Prison.

“You are not allowed to engage in any unlawful demonstrations and if you break this condition, the bail will be cancelled,” the Magistrate’s ruling.

Bobi Wine is accused of disobeying the Statutory Duty contrary to Section 116 of the Penal Code Act. A felony he committed last year in July.

Bobi Wine was remanded to Luzira on Monday the 29 of April on charges of inciting violence against the social media tax last year.

Prosecution says there gathering was unlawful, they had no written permission from relevant authorities.

Esther Nahirya after her ruling on the case adjourned it to May 23, 2019.

Bobi Wine’s trial yesterday was conducted via video conferencing and him following court’s proceedings on a screen in Luzira prison. He was not brought to court, because security was trying to prevent protest in Kampala.

And during the court’s proceedings armed security personals were deployed all around Kampala.