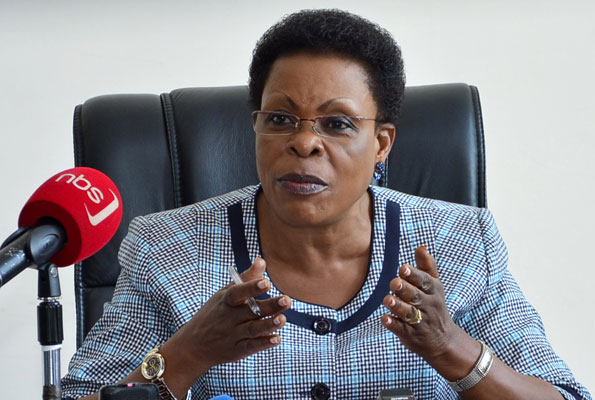 “The things Bobi Wine is doing are beyond his level, even Besigye has never reached to that level”. Betty Kamya said as she was on a radio talk show today morning.

The Kampala Minister continued by saying that Bobi Wine has not spent even 2yrs in politics but the rate at which he’s going higher and more popular is beyond us, their could be an invisible force behind him.

Ask yourself, this boy spent only two months in politics and he went to Harvard university to study leadership, something Besigye had never done, Harvard University is very expensive, where did that boy get the money from to go there?…

What surprised us all, when he was going for treatment he went to USA not India yet treatment in India is very cheap, treatment in USA is very expensive. Another thing is, all the people who were striking for his release all over the world in Canada, Germany, Boston New York, Kenya, South Africa were all wearing the same colour, where does Bobi Wine get this power from?

He even had an international press conference something Besigye had never done. Am not saying that LGBT is behind him, because am not sure about that but Bobi Wine has an invisible hand behind him and we shall know his tricks very soon.”

We shall keep u posted on the latest developments