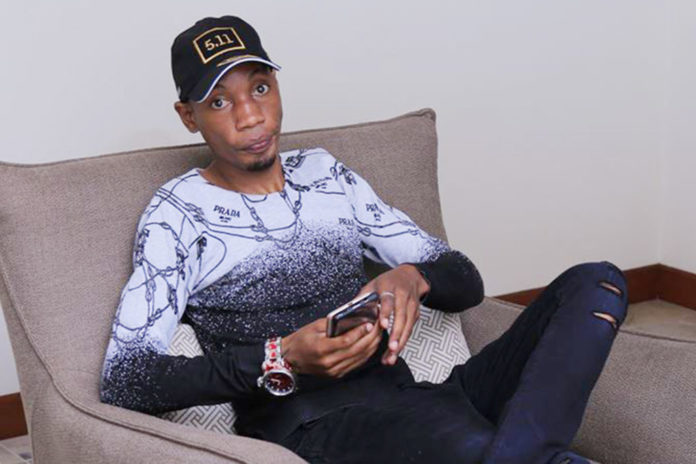 Bryan White came to the scenes after giving out millions of shillings on live television, during a show on Spark TV. We all thought it was just a temporary show off stunt, and that he may run out of dollar bills soon, but we are now swallowing our words. Once again, the city money has come out to reveal his source of income and family life.

“My name is Kirumira Brian and commonly known as Bryan White. White was given to me by my Step father Claudio an Italian who passed on two years back. I am an orphan. I was born in 1985 and at the age of one my father abandoned us. I am the last born of four. Our first born is Sarah Kasumba who lives in Italy, our second born was Kalule Edward who passed on and the third born is Kabwama Robinson. Our other step brother from our Italian stepfather passed on as well.

When our father abandoned us, our mother left for Italy sometime in 1986 for greener pastures, I was a year old then. My mother then got married to an Italian business man called Claudio who was dealing in real estate. He would buy old houses, renovate them and re-sell them as new. He accumulated funds and grew bigger in business. I later learned that my mother had contacted HIV together with her then husband. My mother had had a son Michael with our step father Claudio but unfortunately he too passed on too later. In 1993 my mother returned to Uganda and that is how I met my step brother. When she returned she took with her our elder sister Sarah. Unfortunately in 1997 my mother died and Sarah took over business with my step-father. 1999 our brother Kalule died. Sarah then started sending us some money and its then that I started doing business too. I would buy and sell cars and make off small profits”.

Flash Uganda media will keep you posted for more developments.