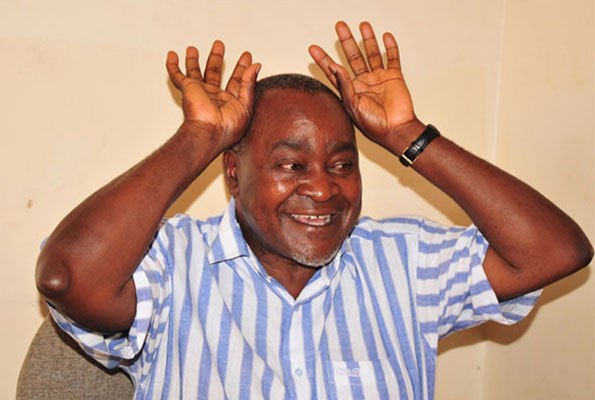 Prof Gilbert Bukenya has filed his defence as regards to the divorce appeal filed by his Wife Dr Margret Mary Musoke in High Court at Makindye. In her case Musoke says the former Vice President Prof Bukenya abandoned his marital obligations, matrimonial home and practiced adultery.

In his defence, Prof Bukenya accepted the accusations’ filed against him by his wife of having sexual relations outside their marriage, stating that the long time they were apart was enough reason for him to have other women because he was not a celibate.

Bukenya also requested Court not to give Margaret any of his properties because she did not contribute anything towards them. Bukenya say Margaret already has her shares.

“The petitioner did not contribute anything to the purchase and development of land in Garuga, Katomi as the same property is the property of the respondent’s friend, Bill Bertrand he has had for 40 years through his profession as a medical doctor. The respondent’s contribution and ownership is minimal,” Bukenya’s response dated May 28 reads in part.

He adds that his wife has a lot of properties acquired through his successful medical career.

“The respondent (Bukenya) knows that the petitioner has a commercial building in Gayaza town and other properties she shared from her parents, among others. The respondent is a retired pensioner’s properties to which he contributed but will not burden his wife who is also a pensioner (and needs to use her properties),” Bukenya’s petition states.

Bukenya proceeded to state his other projects where Margaret was not involved at the time of their acquisition and these include; a plot and building in Kakiri Town Council which he rented out to Post Bank and Francisa Clinic.

He says late Stella Njuba was the woman who helped him develop these business houses and her children are the one’s mandated to benefit from them.