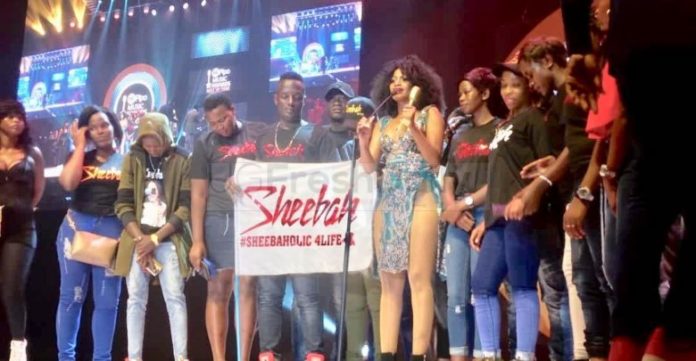 Yesterday night 16th March 2019 was a night to celebrate Ugandan music and African artiste at Kampala Serena Hotel during the 8th edition of HiPipo Music Awards, Uganda’s leading entertainment music awards which was graced by hundreds of Kampala top celebrities and socialites.

A show that started at around 7:00 Pm was attended by David Lutalo, John Blaq, Nina Roz, Yovi from Nigeria, Natasha from Burundi, Roden Y Kabako, King of Radio, Baby Gloria, Levixone, Madina of the famous Queen of Katwe, Moses Golola who also co-hosted the show with the beautiful Diana Tinka among several others.

The awards were once again dominated by Sheebah Karungi who was crowned artiste of the year, David Lutalo who scooped the Male artiste of the year and ten-decade accolade, John Blaq of the famous Tukonectinge hit song who also performed at the event among others.

At the same time last night wasn’t good for big named and trending artistes like Eddy Kenzo, Jose Chameleon, King Saha of the famous Biri Biri hit song and the hottest rapper Fik Fameika who dominated last year’s awards with several awards. All these artistes were unable to bag any award.

HiPipo Music awards are currently the biggest music awards in East Africa celebrating hardworking and talented artistes all over the African continent.