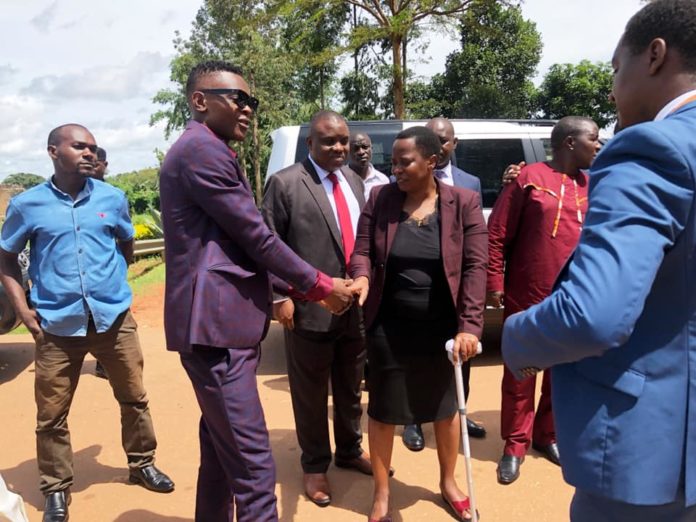 Bobi Wine was remanded to Luzira prison on Monday the 29 of April until 2 of may on charges of inciting violence against the social media tax last year in June.

They said they were denied access to Bobi Wine because they didn’t have clearance from the Commissioner General of Prisons, Dr Johnson Byabasaija.

“Today morning I woke up and went to Luzira maximum prison to visit my comrade, Bobi Wine, I was informed that I had to get clearance from the Commissioner General. I tried to negotiate but it was all in vain! Nevertheless, I pray for you my brother be strong as ever. Thanks everyone who has made efforts to visit our brother,” Chameleon said.

“We called him on Phone and he told us he’s in Agago. He assigned duties to his assistant Mr Mwanje,” lord mayor Lukwago stated.

Lukwago continued to state that when they contacted Mr Mwanje, he refused to let them in.

“We were shocked when we saw someone surfacing and told us that the order is not to allow us in.”

According to Nambooze, after all that happened to them, they are going to raise the matter on the floor of parliament for discussion.

Arguing that there’s no clear reason stopping Bobi Wine from seeing his visitors including his lawyers who had paid a visit to him while in prison.

“We do agree we are not above the law, Hon Kyagulanyi is not above the law. We assume he is here because he was remanded over an offence that was allegedly committed last June and we know this is a small matter,” Nambooze stated.

However, the Prison Spokesperson, Frank Baine when contacted for a comment, said that it was not necessary for these legislators to come as a group to visit Bobi Wine.

“They were insisting to go in as group including the media.”