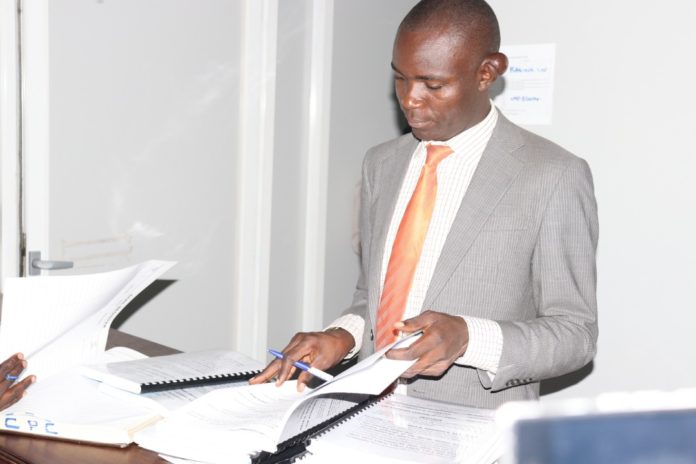 City Lawyer Kasim Male Mabirizi Kiwanuka has petitioned the High Court over the resolution taken earlier by parliament to give a promissory note to an investor who is an Italian National to borrow 1.3 trillion shillings loan, meant for the construction of a specialised state of modern Hospital in Lubowa.

Mabirizi sued government yesterday at high court seeking to nullify the 1.3 trillion shillings approved by parliament on 12 of March 2019.

He says the decision made by parliament was illegally processed, illogical and filled up with procedural impropriety.

“The resolution is unreasonable, unfair and contrary to common sense and an uncalled for burden on the taxpayers of this country,” his petition reads in parts.

In the same petition document to court, Mabirizi cited some irregularities including; the Speaker taking oye (yes) as the majority vote, yet according to him the number of MPs who voted ‘no’ exceeded those who voted ‘yes’.

And failure by this Italian investor and Co- FINA AS/ROKO construction special purpose vehicle to win the official bidding process to take over the contract as needed by PPDA regulations.

Mabirizi continued to say that government committed a procedural error when it signed a contract to borrow money to this Italian investor without parliamentary approval as required by Article 159 of the public financial institutions.

He states that the contract made between government and FINASI/ROKO in December 2018, had various irregularities. The contract was signed almost three months before the matter came to parliament and finalised on March 12 2019, according to Mabirizi.

Mabirizi further argues that the Attorney General made disparities between the approved loan figures by parliament as USD 379.71 million (UGX 1.4 trillion) whereas the investor estimated the construction work at USD 366.43 million (about UGX 1.3 trillion) leaving a balance of USD12 million that’s unaccounted for.

According to Mabirizi the unaccounted money which is $12m is meant for corruption expenditure. He therefore, calls upon court to shield taxpayers’ money by nullifying the parliamentary resolution.

In court proceedings Mabirizi says he will be his own lawyer.