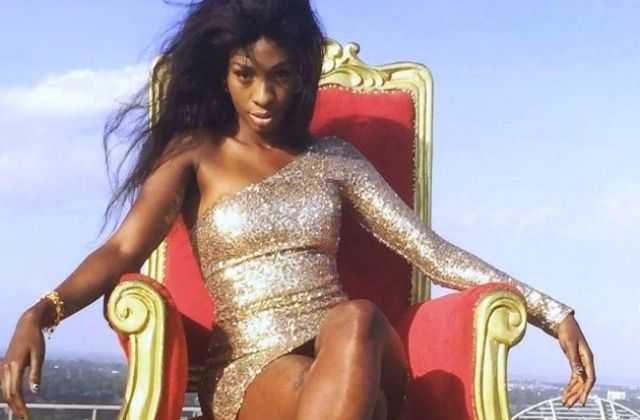 In a question posed to King Cindy about the format of their stage with Sheebah at the battle, she responded by saying that the stage format will not be decided by her alone but they will seat on a round table with the organisers and make what suits the event.

Cindy adds that it may be one stage or two depending on what’s comfortable by her counterpart Sheebah Kalungi and her team.

When tasked to disclose the returns of her performance, Cindy refused to tell us saying the money part of it is confidential something taken care of by her management team.

“I don’t discuss money at all, that would be something my management and the team would handle. I cannot tell you how much I charge for a performance because that is not really up to me, my management handles it. There’s so much in terms and conditions that are involved in regards to a show. I would definitely leave the money bit to my management.”

Similarly, she also refrained from gauging Queen Sheebah’s returns, if at all she agrees to her request.

“Since I cannot decide for myself, it means I can’t decide for Sheebah too. I cannot gauge her worth because she’s her own person. But in all, I don’t want to talk about money, it’s non of my business.”

Cindy trashed claims by many indicating Sheebah as the leading musician of the time and rating her as a faded artiste.

“I think I don’t have to prove that I am not a faded artiste, that’s really not for me. The people that call me a faded artiste should prove that I am. You see, all the major gigs Sheebah gets to do, I do also. I am on all the top gigs in town and trust me, a promoter is not going to call a faded artiste to perform. I don’t really understand what they mean by that, so, I will let them gauge it.”

Cindy however, proceeded to say that the battle between her and Sheebah is not a mismatch arguing that: “A mismatch is when people cannot compete.

Can you represent? That’s what it is about, so it’s definitely not a mismatch according to me,” here King Cindy was answering a question tabled before her indicating mismatch between them in this proposed battle.

When asked why she no longer releases hits as she used to, her answer was as follow;

“I am at a level in my career where I don’t depend on hits. I actually don’t’ need a hit to be relevant because that was the case when I had just started, when I was releasing Mbikooye, Ayokchayocha, one and only… that time I needed to trend, to be present and be seen everywhere.

But now I am a household name and I really don’t need to trend. When you do statistics online right now, Cindy is going to win. When you ask people who’s the best? Every statistics suggests Cindy winning, so, I am definitely doing well with my fans.”

“It is clear that Ugandans are not about hits, they are about delivering, that’s why it’s all over social media and it is trending everywhere.

How often I perform really depends. I definitely have my gigs with a band every month and that is four times. It’s even hard for me to now fix a gig in between because I’m fully booked.”

Cindy was also asked to tell her achievement as far as her music career is concerned, this was in relation to Sheebah’s brags about her material achievements she attained in music.

Her response went as follows: “I think this whole thing has gone left, because we weren’t talking about the material achievement in our lives, priorities are different among people, so we cannot measure people’s achievement only in material terms.

I am not going to quote my achievements and the awards I have won, because to me it’s none of other people’s business.

So for me it’s not about material things, if someone wants to battle about that they should feel free to take the whole lane and make it theirs, may be even get to own an entire stadium.”

Cindy adds she doesn’t like publicising her life achievement, but if it’s music it’s okay.

“Let’s talk about the fact that I am the only Ugandan artiste who has won Nigeria’s AFRIMA FOR Best Female Artiste, got an award from Kenya for the Best Artiste from Uganda in the category where I was up against Chameleon, Kenzo, Bebe Cool and Irene Ntale.

This first time I tried a movie, I was nominated alongside Jalade Omotola. I might be the broke chick from the village living in Kawempe but I am the best female artiste in this region. I might be broke but when I get on the stage I thrill the house.”

Cindy was asked if she has anything new for her fans, here she said she’s boiling something good for her fans.

“I am always cooking up something for the fans. You know we want to do a show this year, a concert, me and my team are sitting down to know who we want to work with and how that is going to happen, and that means there’s so much music coming in for our fans this year, as you know I don’t release too much music, but this year I want to release a lot of music.

That means there is a lot of music coming through  and a concert – oh! And my live band is going to be all over Uganda. This year, making sure we serve our fans all over Uganda.”

Ohhhh…Keep it Flash Uganda Media for all the latest about these 2 lions in the house….