KCCA faced a humiliating 4-1 defeat away from home to Algerian side Paradou FC in the CAF Confederations Cup second leg qualifiers.

The first leg while in Kampala, neither team could find the back of the net meaning the Kasasiro boys bowed on an aggregate score, 4-1.

Meanwhile, despite their exit, KCCA FC manager Mike Mutebi remained optimistic that his side had a good display in a squad comprising of inexperienced youngsters.

Mike Mutebi also implied that it is not the end of it all adding that they embarking more on the league now to ensure they qualify again next year for CAF tournaments.

“It feels bad that our team failed to make it to group stage because our aim was to play 12 games but that is gone and now our concentration now is on the league, one of our priorities is to defend the league,” Mutebi said in the press conference today at StarTimes Stadium Lugogo.

Having played on seven games in the league this campaign, the Kasasiro boys are five games behind other opponents who have already played 12 games.

Currently, Vipers SC is top of the log with 30 points and are also still an unbeaten while, KCCA has 13 points.

However, Mutebi is confident that his side will catch up with league leaders, Vipers Sports Club in case they win all their games in hand.

“We are ready to play our remaining games and win them, it is our responsibility to win them if we are to catch up.”

Next match, KCCA will play struggling Police Football Club side who are in the relegation zone. Police have lost five of their last six games.

Meanwhile for this game will be without close to seven key players who are still involved in national duties.

However, Mutebi insists that it will not stop their game from going on adding that he has a large pool of squad players to choose from.

“It will not affect us much because we have a very large squad, we have different alternatives who can replace those who are absent.”

Meanwhile, Vipers Sports Club stretched their lead at the top to six points above second-placed BUL FC after a narrow 1-0 win over struggling Wakiso Giants.

BUL however, drew with Arua Giants Onduparaka to waste the chance of closing their point gap with league leaders. 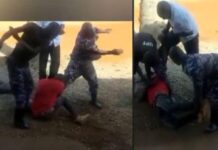 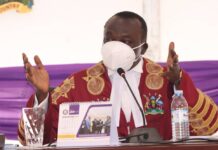