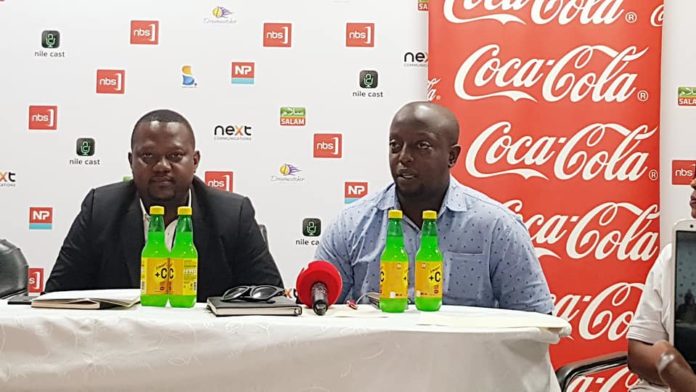 Last year Tugende Mu kikadde emerged as one of the most attended and well organized VIP shows both in and out not only the dressing code on the red carpet but even the way veteran singers hit the stage dressed to kill and staged memorable performances. Tugende Mu kikadde became the talk in the city with performances from Afrigo band’s Moses Matovu, Joanita Kawalya, Racheal Magoola, Eddy Yawe, Halima Namakula, Mariam Ndagire and Kabuye Ssemboga of the ebisanyi hit song.

And today Sprout Africa also organized a press conference where it unveiled NBS TV as the official Media sponsor of Tugende mu kikadde season two vintage show. NBS TV now joins Capital FM, Beat FM, Africell, Sprout Africa among several other big companies. This event was attended by officials from different companies including Mr Joe Kigozi from NBS TV and others who promised that NBS TV and other companies under Next Media Group will work together with Tugende mu kikadde team to promote this event and celebrate good music. This indicates that NBS TV fans will get a chance to watch the entire show on the screens.