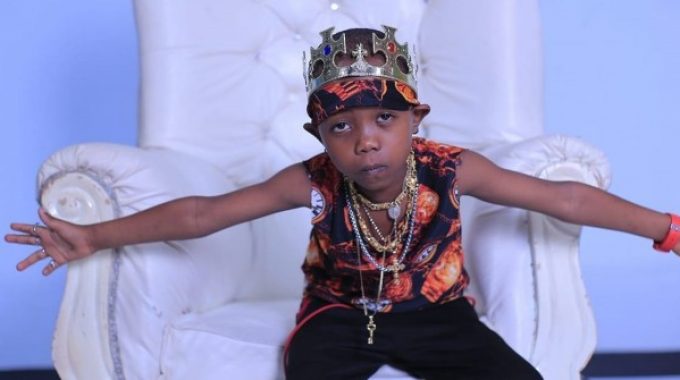 Patrick Ssenyonjo aka Fresh Kid became a sensation and the talk of town in recent days.

Thanks to this seven year old, Ugandans me inclusive forgot about the Uganda Airlines Saga and how a certain Minister for Works and Transport, Monica Ntege Azuba tabled wrong documents on registration of “Our Airlines” before withdrawing them with an apology saying the registration process was done in error.

Ugandans also forgot about the Cindy Sheebah Music battle which was trending on all social media platforms, Radio and TV entertainment shows.

A lot has been said about this Fresh Kid, including a certain State minister Florence Nakiwala Kiyingi who while speaking to media threatened the seven year old “Banteeka” singer with incarceration under Uganda’s Labour Laws should he continue doing music in bars and most especially late in the late yet the boy has to go to school.

Having watched the manner in which he responded to questions when he appeared on comedy store, this is what I think.

However, its good that in a turn of events the two warring parties came to a round table and agreed a way forward to benefit the talent of the Fresh Kid now and in future.

This should have been done first even before the media backlash on the minister’s threats “Fresh Kid should be allowed to pursue his music career” alongside going to school.

Well, the question is, do u think Uganda needs more Fresh Kids than university graduate?

Our reporter Onyango Samuel Jenna analyzed this for you and below is what he has to say.

Fresh kid at 7 years employs more than 10 people, that is to say, song writers, Audio producers, Video director, Manager, Promoters etc. This means that in one way or another, these people earn from Fresh Kid’s talent and abilities.

On the contrary, on average over 83% Ugandans graduate without jobs every year, they can read and write, they have the skills and knowledge but they lack where to put their knowledge in use.

Fresh Kid at 7 years supports his family with food and basic needs. Him coming from a financially unstable family, even the farther admits that this boy is a blessing and his talent is helping out cover up some financial gaps in the family.

On the other hand, in Uganda today especially in the well to do families, parents support their children even up to the age of 40 years including marrying for them women that’s if they are boys.

Still a minor, not obligated to pay taxes, but the people behind his music shows, concerts if he is to hold any in future are required by law to file tax returns.

The promoter (withholding agent), who hires Fresh Kid, withholds 6% of the total amount, which is handed over to URA as tax.

While filing returns at the end of the year, a musician has to indicate how much tax was withheld by promoters. Alternatively, 18% of VAT could be levied on the total gate collections. Under this

Let’s face it before we judge this kid and the people around him, Uganda’s economy need a one Fresh kid more than the 80% of Ugandan University Graduates. P

At 7 years Fresh Kid has already been a topic with the worlds most respected news broad cast BBC, he has been a subject of debate in the Uganda parliament, he has dominated the news and radio airwaves for almost a month in one way or another.

We wish you well Fresh Kid here at Flash Uganda ….