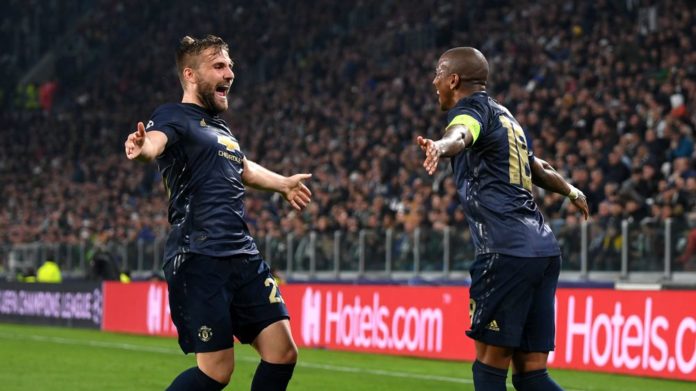 This was Manchester Utd biggest victory under José Mourinho. To leave Turin with three points after a comeback having appeared to be heading for certain defeat.

The home side had a number of chances to kill the game in the second half, with the likes of Paulo Dybala and Juan Cuadrado missing some golden opportunities, but the introduction of Marouane Fellaini for United gave hard time Juventus backline

This was a night for Manchester Utd to remember having come from a goal down to lead in Turin. Manchester Utd scored the two goals in less than four minutes! A fantastic free kick from Young did the damage, with Szczesny pushing it off his line right into Alex Sandro, who couldn’t do anything to stop it

Manchester City recorded their biggest win in the Champions League as they crushed Shakhtar Donetsk – but an injury-time goal in the other Group F match meant they must wait to secure qualification for the last 16.

Pep Guardiola’s side are topping the group and were heading into the next phase, until 10-man Hoffenheim came from 2-0 down and scored a 92nd-minute equalizer to draw 2-2 with Lyon.

“Unfortunately we haven’t qualified, but we are so close and will try to maintain this level,” said Guardiola. It was another excellent performance, the team attacked very well. We have not qualified but made a good step to finishing first in the group phase.”

He said City did not crush Shakhtar because of that penalty decision, they are not on the brink of qualifying for the knockout stage because of that mistake by a referee,

Benzema doubled his tally and set up Gareth Bale at the end of the first half, and Toni Kroos beautiful 67th-minute chip home to wrap up the win and leave Plzen in third place