According to the Electoral Commission (EC), the extension is as a result of complains indication that the 20 days’ period given was not enough to complete the process and the low turn up of voters registered.

Justice Simon Byabakama, the EC chairperson said that the National Voter update exercise that rolled off on Thursday 21, November, has been extended due to huge numbers of applicants who have turned up and appeal from the Electoral process key stakeholders.

However, he says after Monday, 16, December, which is the end of the five days’ extension period, there will be no more extension.

“Due to higher numbers of applicants at the update centres since the beginning of this week, and requests from key stakeholders in the electoral process, the electoral commission has found it necessary and taken a decision to extend the update period, which was scheduled to close on Wednesday 11, December 2019, for five more days, starting from Thursday 12th and ending Monday 16th December 2019, after which, there will be no further extensions,” said Justice Byabakama.

Justice Byabakama says the exercise is particularly meant to allow Ugandans who had not yet registered as voters to do so and to update particulars of those who are already in the system.

He, however, argued all Ugandans 18 and above years to do the needful in this one-week extension because there will be no more extensions. And to those who will not have verified their particulars, they will not be allowed to vote, come 2021 general elections.

“This is not a fresh registration of voters, but an exercise to enable Ugandan citizens’ who have attained the age of 18 years and above and who have not yet registered, to register as voters to participate in elections,” Byabakama said.

Justice Byabakama however, issued a warning to EC polling officials against soliciting money from some voters in exchange for registration, saying it’s illegal.

“The Electoral Commission has noted, with concern, reports of alleged extortion of money by some local leaders and update officials from applicants to sign on their applications before processing the applications. This is illegal, and the Commission strongly condemns it, Byabakama noted.

He further urged officials conducting the exercise to stop illegal activities such as soliciting money from voters because it will scare away potential voters from updating their particulars and registering as voters.

“The Commission calls on all officials involved in this update exercise to desist from any acts that may frustrate eligible applicants from exercising their constitutional right to apply for registration as voters,” Byabakama said. “The Electoral Commission urges all eligible persons who are not yet registered as voters, and those who wish to apply for transfer of voting location, to use this opportunity, and do so, to participate in the General Elections.”

He also said the exercise will continue until the 15, December 2019, starting from 8 am to 6 pm at all update centre in each parish every day including weekends. 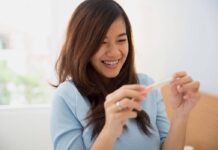