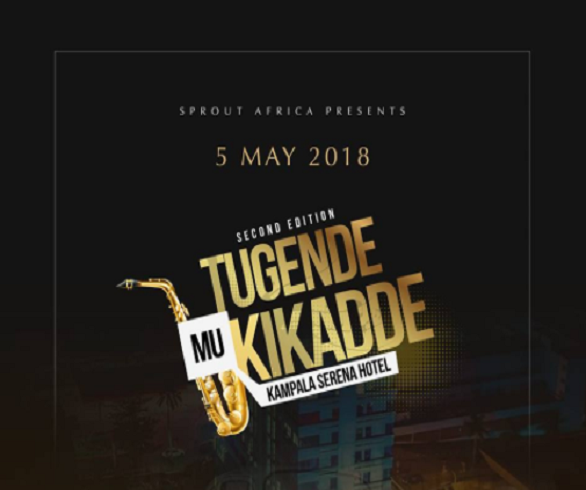 Yesterday Sprout Africa the sponsors and main organizers of a memorable vintage show Tugende Mu kikadde oldies event that celebrates Ugandan singers who became popular for their lyrically rich music songs in the 70s, 80s, 90s and early 2000s held a press conference as the final touches to unveil the biggest show of the year and Flash Uganda media was present.

The press conference was held yesterday Monday 30th April at Kampala Serena Hotel which was attended by singers like Sam and Sophie Gombya, all Afrigo band artistes among several others who promised to stage an exciting and educating music show for their fans.

According to Joanita Kawalya one of the lead singers at AFRIGO BAND the longest performing band in Uganda said that Ugandans deserve music that educates them not only music where singers talk about themselves and riches they own.

“Swearing in music videos and on tracks is not the only way to make it. People should come and see how we used to do it in the clean way” she said.

‘The show will have a lot a lot of these that many have not seen from the music to the fashion and ambience we shall take you back in time. It is the only day when you can see someone who has more years than you and knows more than you about music so that you can learn from them. I call upon everyone to come and see their artistes that they used to enjoy” the Jimmy singer revealed while talking to Uganda news platforms.

Tickets are already being sold at Serena Hotel Kampala and all nearby Total Petrol stations in town.