During the summit which will end on the 6th, December 2019, issues to be discussed include; EASF crisis response mechanism and development of policy for employment, deployment of civilians’ in EASF peace support mission and activity plan for 2020.

Maj Gen Kavuma in his remarks commended the Eastern Standby Force for building a strong and rapid conflicts response team for the Eastern African States and the resources committed towards the project.

Maj Gen Kavuma also said he learnt that the EASF legal state currently does not address the current regional fears. He, however, asked delegates to discuss the hiccup of EASF legal framework.

Dr Abdullah Omar Bouh from Djibouti, who is the Director EASF Secretariat lauded Uganda for the hospitality accorded to the delegates and for allowing EASF summit takes place in Kampala.

He also commended EASF Secretariat departments for handing in reports on time and assured delegates that EASF will continuously exercise and execute its mandate without fail.

These include; sustaining an integrated standby operational force and improving its capacity of maintaining EASF, ready to respond to emergency issues.

Maj Gen Kavuma adds that this will be achieved through recurrent training and exercises, to ensure security among Eastern African Countries.

In his further remarks, Maj Gen Kavuma lauded EASF foreign partners for the technical support rendered towards them, particularly, the United Kingdom, the Federal Republic of Germany and the Nordic Countries.

EASF was established to maintain peace and security in the region, working closely with the African Union (AU) structures. Additionally, EASF works to avert and respond to a crisis within the region.

Maj Gen Kavuma confirmed that 79.27 per cent of the planned activities during the 26th summit held in Bujumbura, Burundi was achieved by the 28th, November 2018. 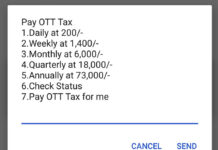